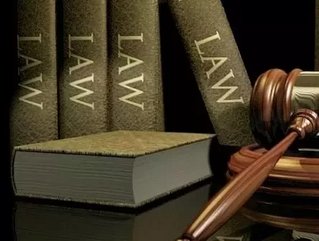 Skadden, Arps, Slate, Meagher & Flom LLP & Affiliates – Founded in 1948, the global law firm is based in the Condé Nast Building in New York City and has more than 2,000 attorneys working for one of the largest and highest-grossing law firms in the world. Major practice areas include mergers and acquisitions, litigation and arbitration, corporate finance, corporate restructuring, securities law, energy and infrastructure, antitrust, and tax and intellectual property.

With annual revenue of $2.2 billion, Skadden is the largest law firm in the country and has continued to hold onto the No. 1 spot for more than a decade. The firm has offices throughout the U.S. in Boston, Chicago, Houston, Los Angeles, Washington D.C. and in other countries such as Beijing, Frankfurt, Hong Kong, London, Paris, Vienna, Singapore and Sydney.

Notable clients and cases include:

No. of employees: approximately 4,500

Cravath Swaine & Moore LLP – Founded in 1819, the law firm is the second oldest firm in the country, and was created by two predecessor firms in New York City and Auburn, NY to form Blatchford, Seward & Griswold. Name partner Samuel Blatchford served on the U.S. Supreme Court and William Seward served as governor and senator of New York before becoming Secretary of State under Presidents Abraham Lincoln and Andrew Johnson.

Paul Drennan Cravath joined the firm in 1899 and coined the term, the “Cravath System,” as a training program for associates which rotates them among the firm’s partners within a given practice. Cravath has represented historical and high profile cases, such as Samuel Morse’s invention of the telegraph, assistance with the creation of NBC, and Netscape’s antitrust suit against Microsoft. The firm has also assisted with merger and acquisition deals such as the DuPont-Conoco merger, Time-Warner merger, and Ford-Jaguar merger.

Jones Day – Founded in 1893 in Cleveland, OH, the firm is among the top grossing firms in the nation with annual revenues of $1.4 billion. The company says it is organized as a true partnership and doesn’t run as an LLP or LLC, but rather as a global legal institution based on a set of principles following social purpose and permanence to which its attorneys can commit.

The firm has offices in Atlanta, Boston, Los Angeles, San Francisco, Pittsburg, along with international offices in Taipei, Sydney, Paris, New Delhi, Madrid, Dubai, Frankfurt, Brussels, and Beijing, among others.

Sullivan & Cromwell – Established in 1879, the international law firm is headquartered in New York with about 800 lawyers in 12 offices. The law firm has an expertise in every practice imaginable, including arbitration, congressional investigations, criminal defense, executive compensation and benefits, environmental, hedge funds, labor and employment litigation, clean technology and alternative energy, structured finance, and others.

The firm has an extremely impressive history with its earliest involvement in the formation of Edison General Electric Company, the United States Steel Corporation, representation of the Panama Canal Authority, and preparation of the first major registration statement of the Securities Act of 1933.