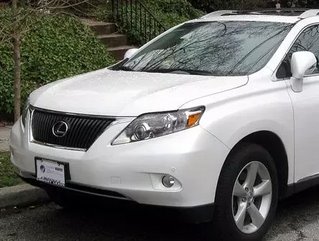 Toyota Motor Manufacturing Canada (TMMC) announced today its plans of expansion of its Cambridge, Ontario facility to increase its Lexus RX production capacity. Investing more than $100 million in the project as well as hiring approximately 400 new employees, Lexus RX production will rise from 30,000 vehicles annually to 104,000. This new investment will bring Toyota’s Canadian manufacturing capacity to a total of 500,000 vehicles.

"For almost nine years now, Canada has had the only Lexus production outside of Japan," observed TMMC Chairman Ray Tanguay. "New jobs, along with new technology, is great news for Canada."

Expanded Lexus production, which includes 15,000 hybrid electric versions of the Lexus RX, is expected to kick off in early 2014. "This is a big and ambitious project with new technology, exacting standards and tight timelines," commented TMMC President, Brian Krinock. "Our Team Members have demonstrated time and time again that they thrive on these kinds of challenges."

"Our government's top priority is creating jobs, growth and long-term prosperity, and we are pleased to see Toyota expanding production at its Cambridge facility," said the Honourable Christian Paradis, Minister of Industry. "Canada is a great place to build vehicles, and we will continue to encourage investment by providing tax relief, eliminating tariffs on machinery and equipment, and creating an environment that promotes innovation, research and development."