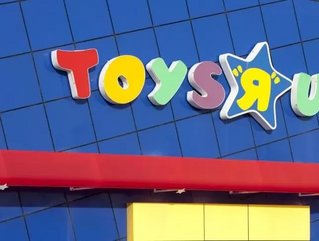 Toys “R” Us has announced its voluntary chapter 11 bankruptcy in order to relieve itself of the remaining debt left over from its $6.6bn acquisition from Kohlberg Kravis Roberts, Bain Capital and Vornado Realty Trust in 2005.

The retailer has filed for the bankruptcy despite leading up to the Christmas period where it records the most sales annually due to its significant debt problems.

The company intends to use the process to restructure itself, with a view of making the business not only viable but successful in the long term. The firm is likely going to look at its online presence within this, as Toys “R” Us has struggled to deal with the growing importance of ecommerce in the retail sphere, with 2016 statistics showing that 13.7% of all toy sales came online, up from 6.5% five years previously.

“Today marks the dawn of a new era at Toys “R” Us where we expect that the financial constraints that have held us back will be addressed in a lasting and effective way,” said Dave Brandon, Chairman and CEO of the company.

“We are confident that these are the right steps to ensure that the iconic Toys “R” Us and Babies “R” Us brands live on for many generations.”

Various lenders including JPMorgan have already committed as much as $3bn already to financing the attempted company turn around.

The firm also announced that its 1,600 stores with 64,000 employees will continue to operate as normal throughout the process, with operations outside of the US and Canada not part of the bankruptcy proceedings.