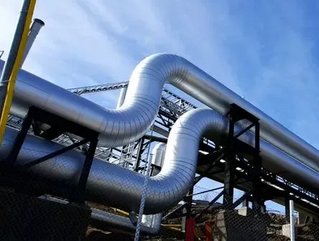 TransCanada Corporation announced today that its Mexican subsidiary has been awarded a contract to build, own and operate the El Encino-to-Topolobampo Pipeline (Topolobampo Pipeline) by the Comisión Federal de Electricidad (CFE), Mexico’s federal power company.

“Mexico’s government is engaged in a comprehensive plan to expand the nation’s electrical grid and generating capacity, and much of that generation will be natural gas-fired,” said Russ Girling, TransCanada’s president and chief executive officer.  “This award is another example of TransCanada’s commitment to help develop Mexico’s energy infrastructure in a sustainable and cost-efficient manner.”

The Topolobampo Pipeline project totals an approximate $1 billion USD investment from TransCanada. The pipeline will be 30-inches in diameter and will cover 329 miles with an expected capacity of 670 million cubic feet per day. TransCanada expects the project to be completed and commence services in the third quarter 2016. The pipeline will start in El Encino, in the state of Chihuahua and ends in Topolobampo, in the state of Sinaloa. The pipeline will interconnect with other pipelines that will be built as a part of separate bid processes conducted by the CFE.

“This project is a response to a CFE invitation to bid. As Mexico makes the transition from fuel oil to cleaner-burning natural gas, there will be additional opportunities for TransCanada,” Girling said. “These opportunities are consistent with our strategy to build long life infrastructure, underpinned with long-term contracts.”