TransCanada to make final decision on Keystone XL by December 2017 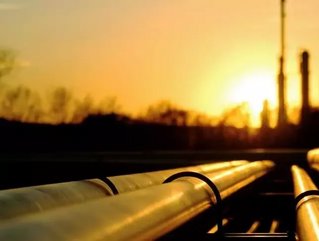 With the 275-mile-long pipeline named Keystone XL having been approved in late March, Canadian construction giants TransCanada have announced that they will make a final decision on whether or not to go ahead and invest in its construction by the years' end.

This is the first official deadline that TransCanada have provided on Keystone XL, largely due to previous regulatory constraints.

Upon taking office, the Trump administration quickly reversed Obama's rejection of the Keystone XL pipeline which would pump 830,000 barrels of oil daily from Canada to US refineries on the Gulf Coast.

However, despite the project providing a massive opportunity for TransCanada, the company have still expressed some level of concern, stating that their final decision will depend upon not only the outcome of Nebraska's own regulatory case, but also the levels of shipping demand that the company can gauge in the coming months.

The company's Vice President Paul Miller has revealed today that although there are a number of existing shippers that are offering stern support, such as Suncor Energy Inc. and Cenovus Energy Inc., TransCanada needs substantial commitment before they give the go ahead.

Although they have not specified an exact figure, TransCanada is looking for additional new clients for the pipeline as well as existing ones, something that has already been made clear with the announcement of an open season in their quarterly review, due to end on September 28.

With Keystone costing $7bn, TransCanada will need adequate interest in this open season if the December announcement will give the go ahead on construction.

Thereafter, it is expected to take a further three years to build if the pipeline is approved.