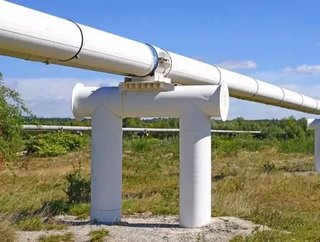 “This morning, Secretary Kerry informed me that, after extensive public outreach and consultation with other Cabinet agencies, the State Department has decided that the Keystone XL Pipeline would not serve the national interest of the United States,” said Obama in a statement given in the Roosevelt Room at the White House. “I agree with that decision.”

If approved, the proposed 1,179-mile pipeline would pump crude oil from Canada’s Alberta oil sands across the border to refineries in Nebraska. The southern part of the pipeline, which was already approved, transports oil within the United States to Gulf ports for export.

Obama cited several key reasons for rejecting the pipeline project: the pipeline would not make a meaningful long-term contribution to the US economy, said the president, nor would it lower gas prices for US citizens or increase the country's energy security. Furthermore, Obama stated that the United States must focus its attention on climate change issues and alternative clean energy sources, and that bringing in Canadian crude oil would be antithetical to that mission.

“America is now a global leader when it comes to taking serious action to fight climate change.  And frankly, approving this project would have undercut that global leadership.  And that’s the biggest risk we face -- not acting,” said Obama. “Today, we’re continuing to lead by example.  Because ultimately, if we’re going to prevent large parts of this Earth from becoming not only inhospitable but uninhabitable in our lifetimes, we’re going to have to keep some fossil fuels in the ground rather than burn them and release more dangerous pollution into the sky.”

This comes as a blow to TransCanada Corp, and that is already being reflected in the stock market. TransCanada shares dropped two full points, or nearly 6 per cent, upon news that the US government would reject the pipeline project.