The true value of unicorns 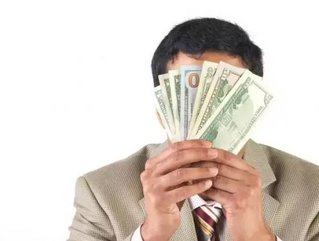 San Francisco-based analytics company Quid recently screened its proprietary database of companies that received at least $5 million in venture capitalist money from June 2014 to June 2015. As noted by Fortune.com, the company identified a total of 2,233 heavily-funded startups across a range of industries.

These so-called “unicorns,” or tech startups with a valuation of $1 billion or more, continue to pique investor interest: Funding for private technology firms leapt 25 percent from the last year, and 92 percent compared to two years ago.

The following sectors were the most heavily funded in the U.S. over the past year.

There was no competition for the business & financial tech-focused unicorns: Investors were more than happy to spread their generosity, providing 388 startups with funding and solidifying the sector’s spot as the most funded.

Among the 388, one company did stand out: YourPeople, a payments & processing company based in San Francisco, which has received $598 million in investments, placing it as the No. 1 most funded company within this sector.

According to Fortune, 121 unicorns received funding for work within the urban mobility & vehicles sector and without question, the sub-sector that received the most funding was travel & cars: Out of the $9.1 billion allocated to this sector, $8.8 billion was invested specifically within the popular category.

The company catapulting the sector to the No. 2 spot? Uber Technologies, Inc., which has received $6 billion in funding since its inception and was valued in July 2015 at approximately $51 billion.

RELATED TOPIC: What can be learned from the Uber and Intact partnership in Canada?

According to the Wall Street Journal, Uber’s fast-paced rise above the $50 billion mark illustrates the brand’s “aggressive global expansion into more than 300 cities,” proving that the value and quantity of this unicorn will continue to increase.

Of the 301 biotech & pharma companies funded by U.S.-based VCs from June 2014 to June 2015, 180 identify specifically with the pharmaceutical, therapeutic & gene therapy sub-sector. At the top of this list is Intarcia Therapeutics, Inc., which has received $906 million in investments since launching.

RELATED TOPIC: Do you want to fund a startup? Read this first.

When analyzing the advertising & media sector, it isn’t very surprising to learn that social media apps & content was the stronger of its two sub-sectors in terms of investments ($6.5 billion compared digital media, marketing & sales, which earned $2.2 billion).

It also doesn’t come as a shock to learn that Pinterest received such a high amount of funding ($1.9 billion)—but where are all of the others sites? Of the 344 companies referenced, only Pinterest and InsiderSales.com had received enough funding to be mentioned.

The 231 companies to be funded under the Big Data umbrella were split between infrastructure & machine learning (161 companies at $4 billion) and data center & cloud applications (70 companies at $2.5 billion).

The most noteworthy? Palantir Technologies, which creates data-mining software for large corporations and government entities – it’s even backed by the CIA – and has received an estimated $1.1 billion in VC funding to-date.

Recently valued at $20 billion, the secretive startup has secured its place as the fourth most valuable venture-backed company in the world.

Editor's note: This article was originally published in the September 2015 edition of Business Review USA magazine. Click here to read this feature and more!