US companies secure $44bn in orders at Dubai Airshow 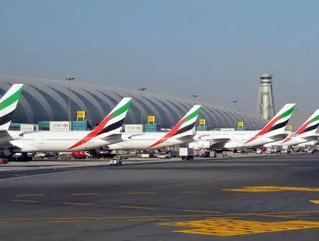 US companies were some of the big winners of the Dubai Airshow held this month, having secured a total $44bn in new orders for commercial aircraft and defence related equipment.

The numbers, revealed by the UAE Embassy in Washington, show that Boeing secured the majority of these sales, largely through its $15.1bn deal with Emirates for 40 Boeing 787-10 Dreamliner aircraft and its separate $27bn deal with flydubai for 225 Boeing 737 MAX planes - the latter being the largest ever single-aisle-jet order by a Middle East carrier.

“The UAE’s airlines rely on Boeing airplanes to meet the growing demand for air travel in the region, and between the region and Asia, Africa, Europe and North America,” the Ambassador said. “Over the last decade, UAE customers have purchased over $150 billion in Boeing aircraft, supporting hundreds of thousands of American jobs.”

Emirates remains the largest operator of Boeing 777 aircraft, whilst flydubai now has a total of 361 Boeing 737s on order, with just 63 of these having been delivered so far.

“The deals between UAE customers and US companies will support American jobs and help grow the US economy,” Al Otaiba continued. “The UAE is proud to partner with US manufacturers to create shared prosperity and advance our mutual security interests.”

According to the US Department of Commerce jobs multiplier, the $15.1bn deal with Emirates alone will support 78,000 US jobs, with this equating to just over one third of the total deals secured by US firms at the Airshow.