US Debt Ceiling May Be Reached as Early as mid-Feb 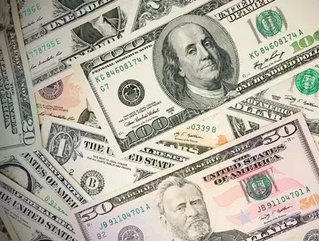 The Bipartisan Policy Center (BPC) released today its analysis of the federal government spending obligations versus the debt ceiling limit and confirmed that the US Treasury may not be able to meet such commitments by mid-February unless the debt ceiling is raised.

“Based on financial data from Treasury, we estimate that the government will be unable to pay all of its bills as early as February 15, also known as the X Date,” said Steve Bell, Senior Director of the Economic Policy Project at BPC. “Our numbers show that we have less time to solve this problem than many realize. We estimate that Treasury will exhaust its borrowing authority and no longer have sufficient funds to meet its obligations in full and on time at some point between February 15 and March 1. It will be difficult for Treasury to get beyond the March 1 date in our judgment.”

The BPC reported in November 2012 that it estimated the US would reach its debt limit before the end of the year. The US did so on December 31st, 2012 and has begun tapping into $201 billion of emergency funds to extend fully funded government operations.

The BPC came up with its mid-February prediction through analyzing daily and monthly statements from “the Department of Treasury, historical financial data and Congressional Budget Office estimates of revenue and spending growth.” The BPC forecasts that the US government will enter into a period of negative operating cash flow, approximately $175 billion, between February 14th and March 14th. This is due to the fact that $452 billion in payments are scheduled to be made during that time, including IRS tax refunds, Medicare, Medicaid, Social Security payments and debt interest payments. During the same period, projected revenue totaled only an estimated $277 billion.

“If we reach the X Date and Treasury is forced to prioritize payments, handling payments for many important and popular programs will quickly become impossible, causing disruption to an already fragile economic recovery,” said Bell.

The BPC expects a debt ceiling increase of $1.1 trillion will be needed to fully fund the government through the end of 2013.