US Department of Commerce upholds 300% tariff on Bombardier CSeries jets 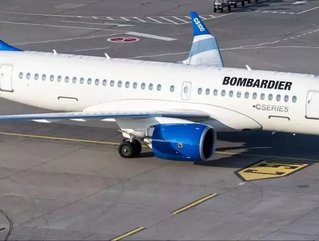 During a final determination on the antidumping duty and countervailing duty investigations against the 100-to-150-seat Bombardier CSeries aircraft, the US Department of Commerce announced that the tariffs would be upheld.

“This decision is based on a full and unbiased review of the facts in an open and transparent process.” said Secretary Ross. “The United States is committed to a free, fair, and reciprocal trade and will always stand up for American workers and companies being harmed by unfair imports.”

Since the inauguration of President Donald Trump, the number of antidumping and countervailing duty investigations have risen to 79 – a 52% increase compared to the same period last year.

“The government of Canada is deeply troubled by the protectionist nature of Boeing's allegations, which seek to advance its market dominance by excluding Bombardier's C Series aircraft from the US market,” Foreign Affairs Minister Chrystia Freeland said in criticism of the determination.

“We are deeply disappointed that the Commerce Department did not take this opportunity to rectify its past errors,” Bombardier said.

“We remain confident that at the end of the process, the United States International Trade Commission will reach the right conclusion, which is that the C Series benefits the US aerospace industry, US airlines, and the US flying public.”