US economic growth to last at least two more years 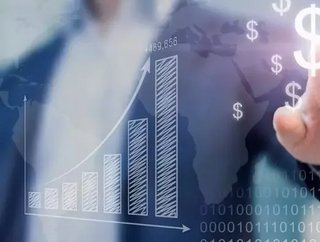 The US economic expansion will last at least another two years, according to a majority of economists polled by Reuters.

The poll also suggested that growth will not accelerate the way the Trump administration had predicted.

Recovery from the financial crisis - which shook the globe from 2007 to 2009 - has been unusually lengthy and, if poll predictions come true, the growth stretch could become the largest economic expansion in more than 150 years.

However, with the failure to repeal and replace the Affordable Care Act, major fiscal stimulus appears less likely.

The economy shows no signs of accelerating to meet the 3% target, with predictions pointing to continued sluggish average growth.

"Expansions don't go on forever," said Sam Bullard, senior economist at Wells Fargo, "Steady, moderate growth looks like it could stay in place for a while.”

The US gross domestic product grew 2.6% in the second quarter of the year, and predictions suggest further drops to between 2.1% and 2.5% until the end of 2018.

The modest predictions were explained by slower spending due to sluggish wage growth. However, this has not deterred US stock markets, which have been setting record highs all year.

94 out of the 100 poll respondents believed that the Federal Reserve Bank (Fed) would announce steps to shrink it's $4trn balance sheet in September.

Ethan Harris, head of global economics at Bank of America Merrill Lynch, said: "What the Fed is doing right now is saying the healthy economy combined with strong financial conditions more than make up for the disappointment in inflation,"