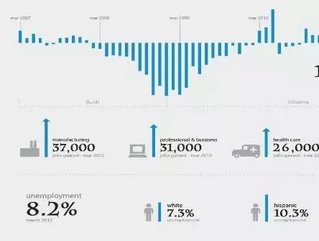 Yes, it’s true that the US Labor Department has reported that hiring slowed significantly during the month of March. With the knowledge that employers added only 120,000 jobs last month, down from 240,000 in February, concern about the strength of the country’s economic recovery is rustling across the country this morning.

But the reality of the situation isn’t as dire as some may hasten to believe. Although job growth was slashed in half in the course of a month, National Employment Law Project Executive Director Christine Owens says that 120,000 jobs are just enough to keep up with the country’s population growth. Owens likened the number to “treading water.”

A variety of factors contributed to the recent hiring slowdown, particularly our unseasonably warm winter, which boosted growth in January and February.

In addition, the unemployment rate dropped to 8.2 percent while the underemployment rate, which accounts for people who are unemployed as well as people working part-time because they can’t find full-time work, fell to 14.5 percent.

During a White House forum on promoting economic opportunities for women, President Obama said that the US job market will continue to face “ups and downs” but that the restoration of economic security for American families is an important goal.

“It’s clear to every American that there will still be ups and downs along the way and that we’ve got a lot more work to do,” the President said. “No issue is more important than restoring economic security for all our families in the wake of the greatest economic crisis since the Great Depression.”

There’s no doubt that the economy will continue to be an explosive, prominent topic in the November presidential election. The Republican Party been vocal about its disappointment with Obama’s unemployment policies, namely criticizing what it calls a record of policies that has frustrated the workforce.

Republican presidential contender Mitt Romney expressed his concern, stating, “This is a weak and very troubling jobs report that shows the employment market remains stagnant. Millions of Americans are paying a high price for President Obama’s economic policies and more and more people are growing so discouraged that they are dropping out of the labor force altogether.”

Many economists, however, say that though some people have left the job market and the road to recovery is uphill, recovery may still be on the horizon. Here’s a roundup of insights from experts and analysts:

“There is more work to be done, but today’s employment report provides further evidence that the economy is continuing to recover from the worst economic downturn since the Great Depression. Despite adverse shocks that have created headwinds for economic growth, including weak construction investment, the economy has added private sector jobs for 25 straight months, for a total of 4.1 million jobs over that period.”

“Overall, [this is] a reminder that the U.S. recovery is not suddenly going to transform into a spectacular success, particularly not at a time when the rest of the world economy is stumbling.”

“Weaker-than-expected March gains should not cause alarm since a number of other measures provide corroborating evidence of a slowly improving labor market. These include declining jobless claims, falling numbers of announced job cuts compiled by Challenger, solid increases in the employment components of the ISM indexes and rising demand for workers from small- and medium-sized businesses.”