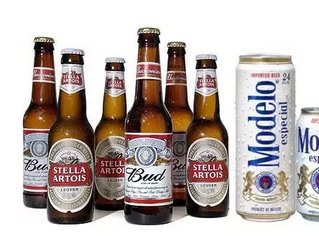 The US Department of Justice announced its filing of a civil antitrust lawsuit today challenging the proposed acquisition of Grupo Modelo by Anheuser-Busch InBev (ABI). The Justice Department is filing such suit due to the fact that the $20.1 billion transaction would result in a less competitive beer market across the US, would affect beer prices and would reduce beer brand availability.

The Justice Dept stated that Americans spend approximately $80 billion on beer in 2012 with Bud Light leading the market in the US and Modelo’s Corona Extra ranking as best-selling import. The department reported that any increase in the price of beer “could result in billions of dollars of harm to American consumers.”

“The department is taking this action to stop a merger between major beer brewers because it would result in less competition and higher beer prices for American consumers,” said Bill Baer, Assistant Attorney General in charge of the Department of Justice’s Antitrust Division.  “If ABI fully owned and controlled Modelo, ABI would be able to increase beer prices to American consumers.  This lawsuit seeks to prevent ABI from eliminating Modelo as an important competitive force in the beer industry.”

The US Justice Department filed its suit in the US District Court for District Columbia in an effort to prevent the proposed acquisition.

The Justice Department claims that the US beer market is already highly concentrated and prices are already increased by strategic interactions amongst the US’s largest brewers. ABI is also stated to be the price leader, enacting price increases annually. As Modelo does not regularly follow ABI’s lead in price increases, Modelo has kept ABI in check on maintaining lower prices. This interaction in the market is what the Justice Department values most, leading to its opinion that “Modelo is a particularly important competitor in the US market.”

The Department of Justice does not believe the proposed anticompetitive aspects of the acquisition are sufficient.