US online retail sales to surpass $1trn by 2027 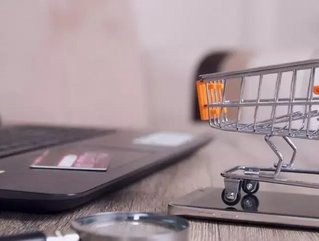 Corporate consultancy firm FTI has released a new report expecting total US online retail sales to surpass $1trn by 2027, over double that of the $445bn predicted this year.

The significant increase can largely be attributed to the growing important of ecommerce, with FTI expecting a compound annual growth rate (CAGR) of 9% over the course of the next decade.

“The impact of accelerating online sales growth has been evident in the past two years, with elevated levels of retail bankruptcies and announced store closures amid a non-recessionary environment,” said Christa Hart, a Senior Managing Director in the Retail & Consumer Products practice at FTI Consulting.

“If online sales double by 2023, as we expect, stores will have to contend with the prospect of losing the same amount of sales to the online channel in the next six years as they did in the previous 16.”

The firm also expects Amazon’s strong performance to continue throughout this period, predicting the ecommerce giant’s market share to grow from the current 34.2% to over 50%.

One industry that is more open to the expansion of market share outside of Amazon’s tight grip is the grocery sector. Although Amazon recently acquired Whole Foods for $13.7bn, the likes of Wal-Mart and others are increasingly digitising their operations to try and get ahead in an industry where online market penetration is currently less than 2%.

“Tens of billions of dollars in sales migration to online are at stake in this category, so efforts and investment by Amazon, Wal-Mart and others will attempt to break down these barriers to adoption in the next few years,” said Khaled Haram, Senior Managing Director in the Retail and Consumer Products practice at FTI Consulting.

“It is increasingly clear that physical stores will play a role in that effort to get more shoppers buying their groceries online.”