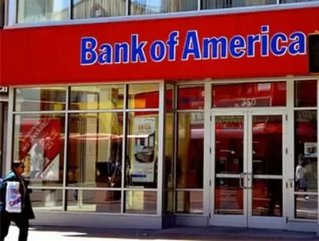 The US Department of Justice announced today the filing of a civil lawsuit by Preet Bharara, the US Attorney for the Southern District of New York as well as directors of the Federal Housing Finance Agency (FHFA) and the Troubled Asset Relief Program against Bank of America for its mortgage loan practices which have been found to be fraudulent.

Countrywide, a company acquired by Bank of America in 2008, engaged in a scheme before and after acquisition from 2007 through 2009 in which a new loan origination process named “Hustle” was specifically designed to process loans at high speed, skipping qualifying checkpoints to generate thousands of fraudulent/defective residential mortgage loans later sold to Fannie Mae and Freddie Mac. These loans eventually defaulted and caused over $1 billion in losses and multitudes of foreclosures.

“For the sixth time in less than 18 months, this Office has been compelled to sue a major U.S. bank for reckless mortgage practices in the lead-up to the financial crisis. The fraudulent conduct alleged in today’s complaint was spectacularly brazen in scope. As alleged, through a program aptly named ‘the Hustle,’ Countrywide and Bank of America made disastrously bad loans and stuck taxpayers with the bill. As described, Countrywide and Bank of America systematically removed every check in favor of its own balance – they cast aside underwriters, eliminated quality controls, incentivized unqualified personnel to cut corners, and concealed the resulting defects. These toxic products were then sold to the government sponsored enterprises as good loans. This lawsuit should send another clear message that reckless lending practices will not be tolerated.”

Countrywide, for many years before and after it became a part of Bank of America, was the largest provider of residential mortgage loans to Fannie Mae and Freddie Mac. Duping the government-backed enterprises into believing these mortgages had complied with all standards needed for qualification yielded “disastrous results.”

The suit specifies its request for civil penalties for over $1 billion in losses suffered by Fannie Mae and Freddie Mac due to Countrywide and Bank of America’s fraudulent practices.