US Unemployment Rate Falls to 7.8 Percent 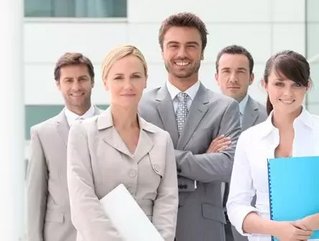 The US Department of Labor released its September 2012 Employment Situation report today with results including the addition of 114,000 jobs in September bringing the US unemployment rate down to 7.8 percent.

"Our nation's labor market added 114,000 nonfarm payroll jobs in September, while the unemployment rate dropped to 7.8 percent, its lowest level since January 2009. Additionally, 86,000 more Americans found jobs in July and August than had been previously reported,” said Secretary of Labor Hilda L. Solis.

Even further, the decrease in unemployment is a direct result of Americans getting back into the workforce versus leaving employment. “We saw unemployment drop for every group across the board last month. The fastest-growing group of new hires was young people ages 20 to 24 — a very encouraging sign for our country's future,” continued Secretary Solis.

Throughout 2012, the US has seen its unemployment rate drop by 1.2 percent in which September’s drop is a larger trend.

"As many more Americans found work in September, we're also seeing other indications of a strengthening labor market and a quickening recovery. New Unemployment Insurance claims are down to pre-recession levels, consumer confidence is near a five-year high, and the number of people laid off last month was at the lowest level ever reported,” said Secretary Solis.

This drop in unemployment occurred simultaneously with the worst drought in 24 years which has been a hardship to farmers as well as Hurricane Isaac’s disruption of oil and gas production insinuating potentially an even better job market than figures are currently showing.

The US, over the past 31 months, has added 5.2 million private sector jobs. Secretary Solis compared this job growth to the previous administration’s loss of 800,000 jobs monthly.

"President Obama's economic policies are working. It is remarkable to consider the progress we've made despite the relative absence of bipartisan cooperation in Congress. If more lawmakers show a willingness to work across the aisle in the future, I'm confident we can accelerate these gains even more rapidly. The key to our future job growth is to keep tax cuts in place for small businesses and middle-class families, and to make smart investments in infrastructure, energy and job training. That's how we'll build a sustained recovery and create an economy that's truly built to last for the middle class."