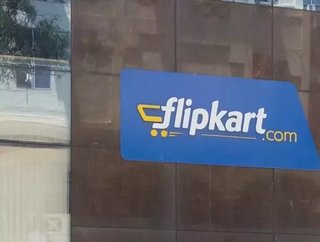 Walmart has revealed that it has agreed to acquire a majority 77% stake in India’s leading ecommerce company Flipkart in a deal worth $16bn after months of ongoing speculation.

Flipkart has a database of over 100mn users, giving Walmart a significant footing within one of the world’s fastest growing digital economies with a number of digital companies such as Paytm having emerged in recent times.

“India is one of the most attractive retail markets in the world, given its size and growth rate, and our investment is an opportunity to partner with the company that is leading transformation of eCommerce in the market,” said Doug McMillon, Walmart’s President and Chief Executive Officer.

The US bricks and mortar retail giant bested its US counterpart Amazon after the ecommerce firm reportedly made a competing offer to acquire Flipkart that ultimately failed.

Upon completion of the transaction, Walmart will work closely with the remaining shareholders in Flipkart that include Tencent Holdings and Microsoft, who will be able to provide key strategic and technological insight for the company moving forward.

“Walmart is the ideal partner for the next phase of our journey, and we look forward to working together in the years ahead to bring our strengths and learnings in retail and eCommerce to the fore,” said Binny Bansal, Flipkart’s Co-Founder and Group CEO.

The acquisition will significantly bolster Walmart’s existing presence in the country, currently operating 21 cash-and-carry stores and one fulfillment center across 19 cities in India.

The deal is expected to close later in 2018, subject to regulatory approval.