What Mid-Size Companies Think About Financing and Investment in 2013 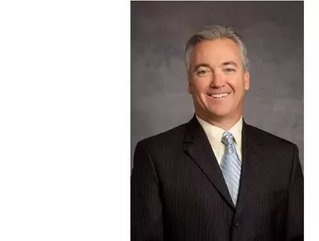 The middle market is a powerful, often under appreciated driver of the U.S. economy. There are almost 200,000 U.S. mid–size businesses—with anywhere from $10 million to $1 billion in revenue—that employ about 43 million people. In fact, the U.S. middle market accounts for one-third of private sector Gross Domestic Product and would be, by itself, the fourth largest economy in the world.

It’s also a sector that might be finally turning a corner. Revenue growth among middle market companies began to pick up by the end of 2012, according to a recent survey by The National Center for the Middle Market (NCMM), a partnership between The Ohio State University’s Fisher College of Business and GE Capital that tracks more than 1,000 Chief Executive Officers and Chief Financial Officers in private and public businesses. Middle market companies showed average revenue growth of 7% during the past year, a gain after three quarters of decelerating growth.

A closer look at other measures in the survey underscore that the middle market is preparing for better days. Key areas of investment are ticking up, which shows both cautious optimism and expectations for an economic rebound among middle market companies, especially if they can access financing alternatives to augment their cash on hand.

To understand the mood of the middle market and its future financing needs, the survey asks what executives would do if given an additional dollar. The latest report indicates 41% would hold it in cash or invest in marketable securities. This is a decrease from 50% at the midyear point.  Clearly, corporate America is still hoarding cash, but the results show that companies are beginning to put some of their cash stockpiles to work.

More Focus on IT

There are several areas where companies need to make capital investments. One is to keep pace with information technology and maintain an infrastructure that will help middle market businesses grow and compete.  IT integration projects that tie together websites, physical stores, warehouses and distribution have become business critical for many retailers, for example. These sites must be integrated on the back end across the enterprise to create maximum flexibility for the consumer and efficiency for the business. If a consumer orders an item online and chooses an in-store pick up, the company needs a sophisticated point of sale technology that integrates warehouse distribution with stores.

Other Capital Expenditures Tick Up

IT is not the only area where many middle market companies are considering stepping up investment. The latest report indicates executives will increase their allocation to various capital expenditures—such as equipment and facilities—to 22% from 19% in the third quarter. A key illustration of how capital expenditures are being made is in the retail sector where the trend toward online sales is starting to impact how new stores function. With so much purchasing occurring online, some retailers with large store formats are beginning to experiment with smaller spaces holding less inventory.  And, after years of holding the line on costs, more companies are investing in updating existing store formats. Capital is also being used to invest in energy efficiency improvements, which have become more affordable and can recoup costs faster than ever.

One critical area where executives wouldn’t put that extra dollar is toward acquisitions. This allocation remained relatively low at 11%–up slightly from 9% in the third quarter. The reason for this low level may simply be that as the economy picks up steam valuations are rising, making potential targets more expensive and less attractive than they were just a year or two ago.

The middle market continues to spend money on talent and plans to continue adding jobs next year. The latest results show there is a strong pool of available workers, and the middle market is using this time to invest in new talent. Employment in the middle market segment over the past 12 months grew at a rate of 2.7% in the fourth quarter, ramping up from 2.2% in the third quarter, 2.0% in the second and 1.5% in the first quarter. The latest hiring statistics for the segment outpaced the national average of about 1.7%, according to the U.S. Bureau of Labor Statistics. Going forward, 41% of middle market businesses expect to add jobs over the next 12 months, reflecting the ongoing role of the middle market in jobs creation, despite challenges in the economy.  Employment growth expectations are strongest among retail, services, construction and healthcare firms.

A Growing Need for Financing

When the time comes to put this talent to use and capture growth, accessing adequate financing will once again become a priority for companies. A year ago, 55% mentioned accessing financing as a major business challenge, but recently it’s dropped off the list of worries for most companies. That’s not altogether surprising, since many companies are sitting on cash and aren’t yet investing aggressively in the business; as a result, they have less immediate need to access financing.

But growth capital will likely be an ongoing need as growth accelerates. Given this possibility, proactive middle market companies should review and consider their short- and long-term financing needs to ensure they are in line with growth plans. As the economic picture begins to clear, companies ready to react will have the advantage.