Why is the Canadian medical marijuana sector so attractive? 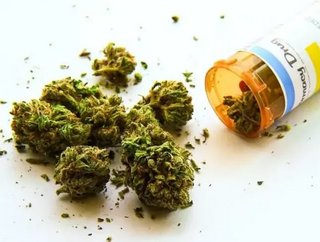 Drug Mart, Canada’s largest pharmacy chain, has officially applied to be a distributor of medical marijuana.

"We have applied to be a licensed producer strictly for the purposes of distributing medical marijuana," Shoppers Drug Mart spokeswoman Tammy Smitham told CBC News.

What has made Drug Mart tap into Canada’s medical marijuana industry?

For a start, more than 75,000 Canadians had valid prescriptions for medical marijuana at the end of June, according to latest government data. This figure has tripled in the past year, and these customers had purchased a total of more than 4,000 kilograms of dried marijuana in the previous three months. The Canadian medical cannabis industry is growing at an impressive 10% per month.

Marijuana use has been gaining public support over the past few years and recreational cannabis use has been legalised in a few of U.S. states.

Mackie Research Capital Corp. forecast peak Canadian marijuana market size to be over $2.5 billion in 2020 (assuming full legalisation down the road). However, some of these sales may be threatened by black market dispensaries.

Soon, recreational cannabis will be legal too. Canada has announced plans to legalise recreation cannabis in spring 2017.

As Canada have softer laws that the US, American investment in the industry is drawn north of the border. This may increase when recreational cannabis becomes legal too.