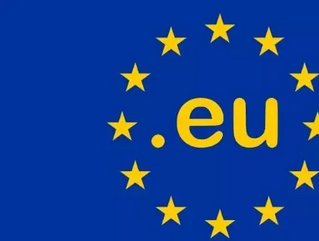 Amidst news of another European Union fiscal treaty created to strengthen budget discipline, financial experts from the Levy Economics Institute of Bard College have released a paper foretelling economic doom for the EU and a loss to the U.S. economy to the tune of $3 trillion.

The paper, entitled “Delaying the Next Global Meltdown,”is written by Levy President Dimitri B. Papadimitriou and Senior Scholar L. Randall Wray, two well respected economic pundits who have been tracking the current global financial economy and written many articles and studies on the subject.

The paper criticizes the policies of the European Monetary Union (EMU) that focus on fiscal austerity rather than structural reforms, i.e. treating the symptoms of the economic problems rather than the source.

“The central weakness of the EMU is that it separates nations from their currencies without providing them with adequate overarching fiscal or monetary policy structures,” write Papadimitriou and Wray. The two compare it to “a United States without a Treasury or a fully functioning Federal Reserve.”

Growing and Thriving Through Acquisition

Five Things You Need to Know About This Generation

The fiscal pact between 25 EU countries released today instituting new budget rules is an example of this policy of tightening money rather than spending it. A side note, this dilemma of whether to spend money to make money or to save on existing expenditures is widespread from individuals to governments and U.S. economic reform could potentially learn something from the advice of Wray and Papadimitriou.

Why should U. S. businesses care? U. S. businesses should take note because if the EU collapsed it would definitely negatively impact the American economic recovery. According to Wray and Papadimitriou, a EU collapse would  actually “derail U.S. economic recovery… and send its financial system reeling” because “U. S. financial exposure to Europe is something on the order of $3 trillion, half of which is due to investments in European banks by U. S. money market mutual funds."

Now that we know, thanks to Papadimitriou and Wray, that the financial sky could cave in, what should businesses do to prepare for that? To find out, read their advice by clicking here.