Why you need to hire an independent contractor 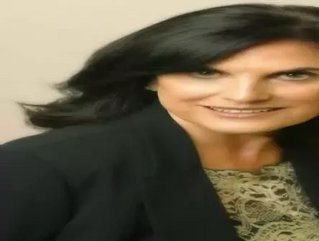 The current economic climate has caused all of America to make a shift in their work behaviors. Those who have been hit by the wrath have taken on different shifts, taken a different career path in a recession-proof industry, scaled back on their hours worked, and even taken on temporary and full-time contract work to get by.

As an employer or employee, there are a few vital things one should know when entering into and managing a contractor position within any industry. Sharon Griggs is currently an independent contractor Executive Coach who also has experience hiring on a staff of contractors when she worked for AirTouch/Verizon.

Sharon Griggs worked at AirTouch/Verizon Wireless from 1984-2001 in which she held two titles: Director of International Marketing/Business Development/Strategic Planning and General Manager for Paging Operations. She worked to win licenses from across the globe for wireless telecommunications right as the competition started booming.

In order to support her marketing team, she hired local independent contractors and consultants for their expertise in the country and to complement the expertise of those already in her team. “We needed their local expertise and extra assistance when our staff became shorthanded,” Griggs says. “Our team all had MBA’s from schools like Harvard and Wharton but we needed consultants who could bring more to the table, especially in the Asian market.”

“We usually went to big consulting firms to see who they had and who could join us for a few weeks or months, based on the assignment,” she says. “We always looked for someone with comparable values of our existing staff and someone who shared our mission vision and values before bringing them on board.”

ADVICE TO THOSE DOING THE HIRING

Griggs also offers her own advice to executives looking to hire an independent contractor for their company. “When you create a contract, make sure you have an escape clause for yourself, include milestones for what they should achieve, and agree upon how and how frequently you’ll be communicating during the engagement.” She also says that as an executive managing the contractor relationship, you must clearly describe the deliverables and make your expectations very clear.

“When you hire a contractor on to conduct a certain analysis, make sure that you explain your needs and that you want to know specifics like the organizational structure, revenues, market shares, and others,” she says. And for contractors, they should also ask for a clear understanding of the deliverables and how their time is going to be accounted for – what is billable and what is not. “For instance, you should ask: ‘Is my travel time billable at the same rate as my core services?’ Have an agreement at the beginning of the relationships so you can ensure success for both sides,” Griggs says.

As far as taking into account the company’s bottom line: “You never just want to look at the raw cost of hiring an independent contractor,” she says. “When you hire the right one, the financial impact may be much larger, but also well worth it. In the long run, it could end up saving money and you’ll receive a tremendous return on investment when hiring on an expensive contractor.”

Today, Griggs is an Executive Coach for many different companies around the world. She helps organization solve business problems and how to achieve their necessary results by developing the individual’s competencies.

Since Griggs has experiences both sides of the independent contractor and employer relationship, she highly recommends businesses take advantage of the benefits of hiring on temporary positions in the form of contractors.

“For example, if a company knows they need to bring on a person to keep the CFO position, sometimes business owners don’t really understand what that position entails,” Griggs says. “Business owners shouldn’t hesitate to hire an independent contractor to sit temporarily in that position, because ultimately they’ll come to find out what is required out of that person and what responsibilities are needed. Feel free to put a guinea pig in there to use them and further define the needs of your business and that position.”

“The more you can give that person a scope of the big picture without breaking confidentialities, the better they’ll work for out for you and your company,” she says. “Look for those contractors with subject-matter expertise, a contractor with a narrow niche.