Will Petronas commit to investing in Canadian LNG? 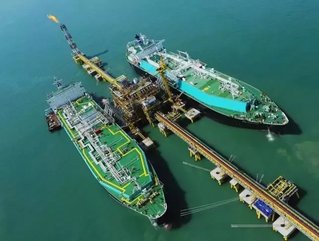 Malaysian oil and gas corporation Petroliam Nasional Berhad (Petronas) has operations all over the world, and recently has been considering investment in a liquefied natural gas (LNG) project in Canada through its Pacific Northwest LNG subsidiary. But will this investment come to fruition? Amid speculation, Petronas has issued an official statement addressing the matter. According to this statement, the company is still taking the investment into consideration but is moving closer to making a Final Investment Decision.

“Currently, the Canadian environmental impact assessment process for the PNW LNG project is still ongoing, following which a final report will be produced by the relevant agency to be submitted to the Government of Canada for approval,” says the statement, put forth by the Media Relations and Group Strategic Communications divisions of Petronas.

Once the environmental impact assessment report has been finalized, Petronas states that the company and its project shareholders will evaluate the findings of the report and their impact on the cost and schedule of the proposed LNG operation.

According to Reuters, Canadian publications like the National Post have been reporting that Petronas has been threatening to walk away from the investment due to the country’s lengthy environmental impact assessment process, which has kept the company waiting for two years already. Dropping oil prices have not helped matters, as Petronas has reportedly been cutting jobs and its budget to compensate for the loss.

But with this statement, Petronas has clarified that it is not walking away just yet—if Canada delivers on its findings within the next month as projected, Petronas will be able to use significant data to decide whether it will proceed with (or step away from) the project.