Is your venture capital on the digital health bandwagon? 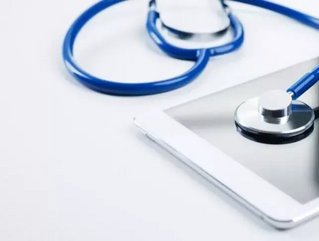 Last year digital health startups fared very well in attracting venture capital. This year their fortunes may be even greater, at least according Anne Zieger in her article “Digital health should see major VC investments in 2015,” published at Nuviun.com.

If you think that investment in digital health is limited to supporting startups selling ideas for apps, you’re wrong. According to Zieger there are at least four other markets within digital health: “According to research by Mercom Capital Group, consumer-focused technologies took in 65% of all VC investment in Q3 of 2014, including $345 million in mobile health deals and $101 million in telehealth funding. VC firms also invested $85 million in personal health firms, $70 million in social health companies, and $23 million for tech supporting medical scheduling, rating and shopping. These investments are up sharply from 2013, and should shoot up again in 2015 unless something dramatic happens to dampen investors’ enthusiasm.”

Some VC firms have neglected opportunities in digital health because of the fear that overinvestment in mHealth may create a bubble that abruptly pops in the near future. Zieger explains why this opportunity is different: “But there’s a big difference between these times and the dotcom bust in 2000. While startups and investors were trialing creative concepts on the web—often with little attention to controlling their burn rate or even defining their customer base—today’s crop of entrepreneurs are largely working on real, well-defined business models.”

Another reason to feel good about investing in mHealth is the investment in mobile health that’s already happening among consumers: “Also, with clinicians, payers, employers and patients adopting mHealth-connected health technologies, and even investing in companies that create digital health technology, it seems clear that demand for digital health innovations will remain in force—and that’ll keep VCs interested,” argues Zieger.

So, considering the landscape is digital health the investment you’ve been waiting for?