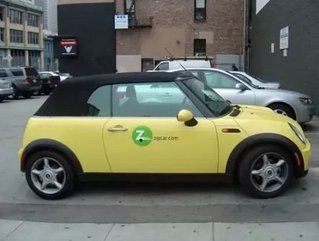 If you live in a major metropolitan area, you surely know of Zipcar, a car-sharing company that rents its vehicles to residents and visitors to the area by the hour. The company raised $174.3 million in an initial public offering yesterday, which some are saying 60 percent more than it had it imagined to gain, after increasing shares and pricing them above range. According to data from Bloomberg, Zipcar sold 9.7 million shares at $18 each. Now the stock is trading at around $28 per share, making not only for a substantial increase in one day, but also for some fishy trading.

According to a filing with the U.S. SEC, Zipcar had offered 80.3 million shares at $14 to $16 each. The company says that proceeds from the IPO will be used to reduce Zipcar’s debt and expand within the U.S. and internationally. The filing also states that Zipcar’s net loss in 2010 was $14.1 million from $4.67 million in 2009, while revenue increased 42 percent to $186.1 million.

The IPO was led by Goldman Sachs Group and JP Morgan Chase and the editors over at Business Insider say that the underwriters are not up about $50 million due to the drastic change in share price because they drastically underpriced the deal. Goldman Sachs and JP Morgan Chase sold the stock to their best clients at $18 a share last night, meaning they got a much better deal for the stock.

Business Insider writes: “By underpricing the stock, Goldman and JP Morgan gave their best institutional clients a gift of at least $50 million this morning. And that money came right out of ZipCar's pockets and the pockets of the Zipcar shareholders who sold on the deal.”

Zipcar maintains operations in 14 metro areas, including U.S. and London, and has more than 8,000 cars in its fleet. Let’s see what happens tomorrow at the stock market.