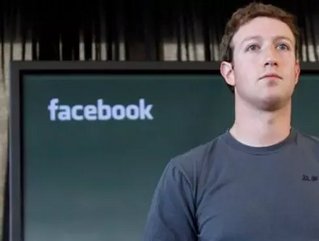 CEO Mark Zuckerberg may face a significant and strenuous tax bill as high as $2 billion dollars. Some industry experts say that might be the highest they have seen in the record books so far.

“I personally have never seen a bill into the billion – close, but not quite,” said Nitti. “I talked to a few buddies of mine at the Big Four accounting firms, and it’s something not many people have seen.”

The counteraction of the tax hit for Zuckerberg is his plan of exercising stock options worth billions of dollars. But, this move will increase his ownership stake in his company he founded eight years ago. Zuckerberg currently owns almost 414 million shares of Facebook, but also holding another 120 million shares at 6 cents a piece. According to CNN, Facebook said in its IPO paperwork that Zuckerberg plans to exercise those options and will sell some of his shares during Facebook’s initial offering to cover the tax bill.

Facebook said in its IPO filing that it values its shares at $29.73. At that price, Zuckerberg’s options windfall would be worth $3.6 billion.

It’s hard to estimate how much Zuckerberg will actually end up paying in taxes, but tax analysts are saying the total is somewhere between $1.5 billion to $2 billion range.

Zuckerberg plans to sell only enough stock to cover his tax bill, Facebook said in its regulatory paperwork.

In conclusion, Zuckerberg’s 2012 income will be steep; his 2013 earnings could drop him straight back into the lowest possible tax brackets. At this, the board of Facebook agreed to cut his annual salary next year to $1.