Zynga prepares itself for $20 billion IPO 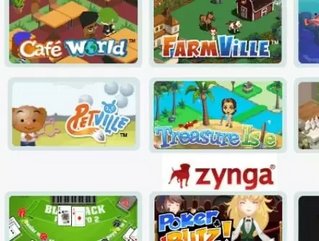 We’ve been reporting for quite some time now that online games maker Zynga Inc. has been preparing itself for an initial public offering that would value the very young company upward of $20 billion. And it looks like the company is getting closer to finally filing this quarter. Zynga is responsible for creating the social media gaming crazes such as “FarmVille,” “Mafia Wars,” and a number of other popular games played on Facebook.

Just months ago, Zynga sold its shares to venture capitalists for about half the price. The social gaming company isn’t the only one in the tech world that is raising record-high valuations. For example, shares of LinkedIn gained 80 percent on its first day alone of trading and is valued at $8 billion. Groupon has also filed for an IPO that could value the company at more than $20 billion.

According to several news reports, Zynga is expected to raise nearly $2 billion in its IPO and could file paperwork as early as Wednesday. The Wall Street Journal points out that Zynga’s $850 million in revenue last year made for the combined revenues of the two biggest video game publishers Electronic Arts and Activision Blizzard.

The Journal also writes that Zynga has selected Morgan Stanley to lead the offering. Goldman Sachs Group Inc. is also a lead underwriter, and J.P. Morgan Chase & Co., Barclays Capital and Bank of America Merrill Lynch will play a role in the IPO. Zynga is also talking to banks about a credit facility of at least $1 billion, which can possibly be used for acquisitions or other methods of expanding the company's services.