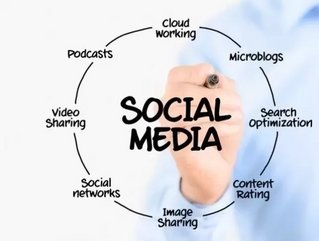 Currently, marketing effectively on social media, for most companies trying it, is like trying to catch microbes with a fish net. There is plenty of potential, but industry is learning to use this technology slowly—and current tools and strategies don’t always work well. There is still a lot to feel good about, however. Social media is still a gold mine of marketing opportunity and marketers are making progress in learning to use it to their companies’ advantage. Several hundred social media marketers, including key industry leaders, just gathered in San Diego, Calif., for Social Media Marketing World 2015. Here are 10 great takeaways gleaned from an Adweek article titled "11 Most Actionable Takeaways from Social Media Marketing World 2015."

According to mobile marketing consultant Greg Hickman, 74% of consumers will abandon your website if the page doesn’t load on mobile in under three seconds. 46% are unlikely to return.

3. Grow your employees’ audience to inspire social media advocacy among them.

According to Martin Jones, Cox Business’s team has a goal of helping each new employee advocate grow their Twitter followers to 1,000 and Klout score to 55 at least. Social is about others, not you.

4. Your employees have organic Facebook reach, if that’s what you need.

Only 300-400 employees can have the same organic outreach as a Page with 1 million Facebook followers, pointed out Jones.

After last World Cup’s Mexico loss to Holland, KLM posted their infamous sombrero tweet, which taunted the Latin American country. If they had asked their local team in Mexico how they felt about the tweet before going live with it, it would never have seen light of day.

6. Doing stuff is the best strategy.

Stop agonizing over the “right” strategy. “You’re 200% certain to fail at some point. If you’re afraid to make mistakes, don’t go on social,” said Vogel-Meijer, according to Adweek.

You’re about to launch an unbelievably advanced and genius social campaign, and here comes the legal team to poop on your party. Sound familiar? It’s high time to change your point of view. Quoted in Adweek, Justin Levy, social media leader at Citrix, said, “Legal, IT and HR—those are the teams I care about most. You need legal to support you if something goes wrong,” he said. He invests time in building relationships with these teams and asks for their opinions.

8. Give before you take.

Facebook marketing strategist John Loomer asserted that most Facebook ads are subpar because they’re all about the advertisers. They egg you on to buy when we don’t want to yet. They don’t build rapport before asking for the sale. So, Loomer advised, delay gratification: Provide value before asking for the sale. Build rapport and enduring relationships. Give before you take.

In a case study, Loomer created a series of 12 marketing tips only accessible through Facebook ads. To get to the next tip, you had to click on each tip. For those who made it to the end, the series ended with an exclusive webinar.

He concluded that by providing helpful, high-quality, educational content for the reader, his ads became engrossing, reaching 75-80% of people organically.

According to digital marketing rock star Jay Baer, haters are the early-warning detection system informing you when there’s a problem. They’re a resource, not the bane of social media managers. The way you respond to haters is a competitive differentiator.

10. Automation does not preclude real-time, and vice versa.

Marriott’s Renaissance Hotels does both. Led by Nicole Pearo Taylor, on the digital and social front, they layer a pre-planned content calendar (e.g., beautiful locale photos) with real-time engagement (e.g. engaging with followers and topical content).

At Facebook, social media manager Rob Wolf explained that at his company, efficiency is intentionally sacrificed to assure nothing offensive is posted. Social marketing consultant Pam Moore asserted that if you are going to automate, make sure everyone, including executives, know how to turn it off.