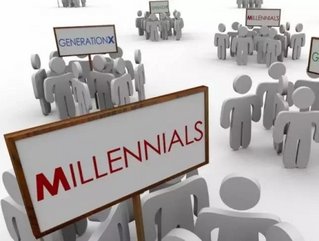 Millenials are the last generation of the 20th century. Today they’re all grown up and beginning to form households and increasing their spending power. In other words, they are beginning to make serious inroads into American life. Their process of definition is reaching a crossroads and older generations can begin to see an outline of who they will be, what they will do, and how they will change the way we live.

In his article, “How Are Millenials Changing the Way We Live,” originally published in Buzz Bin, Mike Nelson speaks for his generation and takes a stab at describing their essence.

Based on Nelson’s brief article, the Millenial generation is one overwhelmingly defined by the Internet, and more to the point, social media and apps.

According to Nelson, when it comes to consuming news, Millenials don’t rely on Establishment papers like the New York Times or the Washington Post. What news Millenials share on social media is the news they consume.

When it comes to transportation, Nelson writes,  Millenials don't automatically get in their car and go; especially if they live in congested, urban areas. In addition to cars, they have bikes and transit passes. They use Google Maps searches--which offer car, bike, walking and transit options--then choose the quickest method. They use Uber and Lyft, but aren’t loyal to either one of the brands. They’ll use the service that’s the cheapest at any given time.

Finally, in terms of entertainment, they have Apple TV and Netflix instead of cable. They listen to their favorite radio programs on podcasts instead of subscribing to Sirius radio. They’ll watch “Mad Men”—the period drama about their grandparents’ generation—but not on AMC. And they’ll listen to TED radio hour, but not on NPR.

At the beginning of his article, Nelson makes a list of 5 attitudes characteristic of his generation. In summary, according to Nelson, Millenials:

The earlier point about the Internet’s impact on Millenials has already been made. What has not been discussed yet is Millenials’ apparent aversion to institutions, suggested in the first two attitudes listed.

“We tend not to be confined to a preferred news outlet or car service, for example. Rather, we seek out the information or services that are providing the best option at any given moment. We don’t care as much where information or services come from; we care about the quality and relevance they offer to our lives,” writes Nelson in another part of his article.

Whether they refuse, generally, to declare allegiance to any political party or a news outlet, what Nelson seems to be describing is a mobile population—and their territory is cyberspace. It's clear from Nelson's words that there are two principles to marketing to Millenials.

The second principle is convenience. Everyone likes convenience, but for Millenials, convenience is not just welcome, it's expected. Products and services marketed to Millenials must be extra user-friendly. Nelson gives an example of this when he describes which, Uber or Lyft, to use in a particular moment.

"I’ll do a quick search to see if Lyft or Uber is surge pricing and by how much and select the cheaper option," writes Nelson. If Lyft and Uber did not offer the "surge pricing" feature, they'd lose business to the car service that did.

Related Story: Marketing to Baby Boomers is Not What You Think