3 marketing takeaways from the Marco Rubio campaign for president 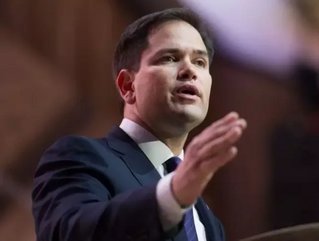 Campaigns for president of the United States are underway. Along with them, begin slick marketing campaigns that can be learned from. In this article based on a Forbes interview of Tim O’Toole, co-founder of POOLHOUSE, a non-traditional ad-agency, and lead marketer for the Marco Rubio campaign for president, we look at three principles that can be applied to traditional marketing.

In his interview with Forbes, O’Toole explains how political marketing has changed now that billions are spent on campaigns. He says that the degree of sophistication, customization, micro-targeting and proliferation are unprecedented. His strategy to deal with this is: “…to create a lot of content that is both pushed to people – who then share it with others – and made available so that people find it on their own

2. Create a story around your product or service

O’Toole explained that just like for traditional marketing campaign their biggest asset is the product itself, so it is in politics. In the strategist’s eyes, they have the best of all presidential candidates. Rubio, according to O’Toole, “has a very powerful personal story having come from humble beginnings with parents who immigrated to the United States – as a result, he has experienced the American Dream in a very real way that resonates with, and inspires millions of Americans who are struggling right now. He is uniquely positioned to both cast and articulate a vision for America – a vision that our great Nation is still the land of opportunity.

If your product or service does not have a story expressed through a brand, customers will form no relationship with the product and will have much less loyalty.

3. Invest in your people

“The second area that matters is investing in the people and not just the media support. It’s really about getting the right skills in the right areas – and the right level of support,” stated O’Toole.

This issue is often overlooked. Often, employees are taken for granted. However, for a successful marketing department, it’s important to have the right people in the right places. A weak link in the wrong place can make the difference between success and failure.