4 essential marketing tenets from the giants 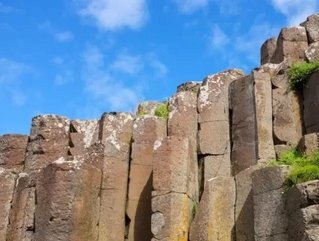 This year’s 2015 Marketing Hall of Fame inductees spoke on competitiveness, the future of marketing and the tools to thrive in it. This year’s honorees are David Aaker, vice chairman and professor emeritus at Prophet and UC Berkeley, Yvon Chouinard, founder of Patagonia, Trevor Edwards, Nike brand president and Shelly Lazarus, chairman emeritus of Ogilvy & Mather. The following four principles are what separate the “good” from the “great.”

Interestingly, marketers succeed practicing the same skill that is foundational for artists: watching, or observing. Edwards capitalized on this skill in 2006, when, in the middle of the running craze, he noticed how much runners like exercising while listening to music. Quoted in Forbes, he said, “What if we could motivate consumers even more by making it easier to get their music, and to give them coaching and feedback on their efforts? It was the beginning of Nike’s relationship with Apple and the introduction of Nike+.”

Facts have a place, but it’s not persuasion. That place belongs to the story. They are sticky and transferrable. This is the idea that Aaker brought to the table. The GOP knows this. They are famous for having embraced, before the Democrats, that its stories what move people, not data. Data, to be honest, in the wrong context, causes people’s eyes to glaze over. Aaker cited the story of Jared Fogle, “the Subway Guy,” who came to prominence when he told the world how he had lost weight with a diet of Subway sandwiches. Aaker argues that retelling the Fogle story will always sway more people than enumerating a list of the wonders of the Subway menu.

3. Actions speak louder than words, and they always will

The image that you create through your brand is not separate from the image that is your reality. Before the Age of the Internet, and definitely before the Age of Social Media, it was possible to get away with preaching one thing through your brand and practicing another as a company. Not anymore. Today, spin is in the hands of consumers, not companies. Your company must back up what it communicates through its branding campaign through its behavior. This was Chouinard’s two cents. Patagonia, whose brand is tied to preservation of the environment, pledges one percent of all sales to preservation and restoration of Mother Nature. But, to speak of stories; 30 years ago at an employee conference, Chouinard ordered his employees not to change the hotel sheets and towels every day, in the spirit of preserving natural resources. The next day, the local newspaper ran the headline, “Hotel Guests Reject Clean Sheets.” Great publicity.

4. Keep the focus on ideas

I will be the first to admit it. Technology spellbinds and seduces me. Through the use of Big Data, it’s now possible to target messages down to an audience of one. None of these wonderful capabilities, however, will move our product, or advance our brand, if we do not bring an interesting and captivating proposition. Ideally, before launching our branding campaign, we must have first come up with an inescapable idea. This is a marketer’s central task. Everything else is comparable to busy work. Lazarus set forth Dove as an example. It was built on the simple idea that it was one-quarter cleansing lotion. Its brand promise was that it would not cause dry skin like other soaps. Its brand idea was to make women feel more beautiful every day, and it connected with women. Dove keeps moving off the shelves piggy-backed on this same proposition. Using Big Data, surely Dove will sell even more soap than it already does. Without the idea, though, no amount of data could create the brand Dove has become.