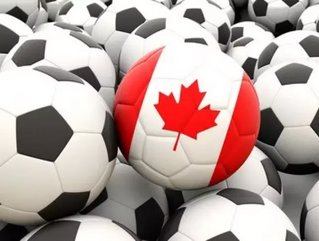 On Saturday June 6th, 2015, the eyes of the football world will turn to Canada as the country hosts the FIFA Women’s World Cup 2015 ™.   Historically, the events showcased 16 countries, this year however, 24 countries will be featured in 52 matches across 6 cities: Vancouver, BC; Edmonton, AB; Winnipeg, MB; Ottawa, ON; Montréal, QC; and Moncton, NB.  Hosting these tournaments is expected to have a significant social and economic impact on the country.

According to the Canadian Sport Tourism Alliance, the 24-team World Cup tournament will generate an estimated $267 million in economic activity across Canada in 2015.  Hosting cities will have a considerable opportunity to grow their local businesses and community facilities. Canadian businesses can expect a greater economic stimulus than businesses in previous hosting countries.

While many consider the economic impacts of a World Cup to be short-lived many businesses can take advantage of these events and build strong and lasting international ties.

Although larger sporting companies have a monopoly over team sponsorships and advertisements, it is important to acknowledge the power of online marketing. Many fans from all over the world follow their teams online. By making your brand visibleon different platforms, businesses can capitalize on this following, and make a lasting impression with fans on a global scale.

Hosting a World Cup undoubtedly increases tourism to the hosting country, presenting a prime opportunity for your marketing department to create a strategy to make a lasting impression on the visitors.  Come up with a strategy to make these visitors talk about your brand on an international level.

As the largest sporting event in the world, the World Cup attracts many investors from around the globe.  Formulate a business plan for attracting foreign investors.  Previous research has shown that hosting a mega-event affects a host country in terms of consumer awareness and attracting visitors to the country (or city) during the event (Green et al, 2003). Im addition, as the economy heads towards the road of recovery, the country becomes more attractive to foreign investors.

Not many companies were prepared for the early elimination of some of the best football teams during the 2014 Men’s World Cup in brazil.  Be prepared to change as the games continue to proceed.  Act fast and have your brand make a trusting impression on the fans.

The 2014 Men’s World Cup was one of the largest sporting events discussed on Twitter and many brands did well by being a part of the action.  However, other brands such as Delta Airlines failed in their online relationship building tactics.  During the USA-Ghana game a misinformed tweet was posted and not well received. For the record there are no giraffes in Ghana. 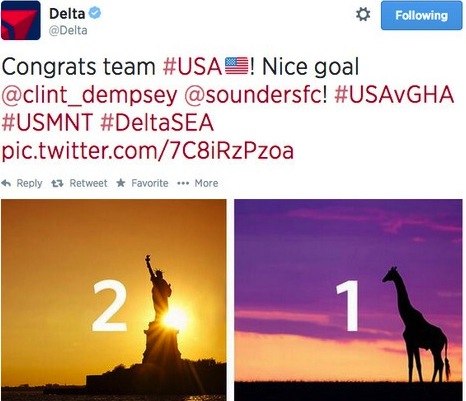 Educate yourself on the culture and geography of all the participating countries.  The last thing you want your business to do is to offend the players and their fans.

FIFA Women’s World Cup Canada 2015 is only a few months away.  As brands find new ways to reach consumers, it’s crucial to determine how to get the most out of your marketing efforts. It’s no longer enough to associate your logo with an event and call it marketing.  Your brand needs to create unique ways to bring memorable experiences to fans. So, think about the complete ROI when entering the competitive sport of World Cup marketing!