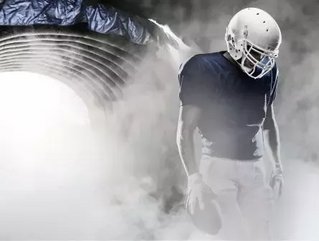 READ THIS ARTICLE IN THE FEBRUARY EDITION OF BUSINESS REVIEW USA

The Super Bowl isn’t important for just football fans. The commercials are so incredibly popular, even non-football fans will watch the game to see what hilarious or touching ads the major brands have come up with. With so much exposure, a 30-second ad spot during the Super Bowl will cost a whopping $4 million this year. This won’t stop the biggest brands from expanding their budgets to get a spot.

Here are some of the most memorable Super Bowl advertisements over the years.

Coca-Cola’s Mean Joe Greene ad, which was part of the “Have a Coke and a Smile” campaign in the late 1970s, is sometimes referred to as “Hey Kid, Catch!” (a reference to Joe Greene’s dialogue in the commercial). While it did not debut during the Super Bowl, it reached its greatest audience when it aired during Super Bowl XIV in 1980.

Featuring a celebrity football player and a heartwarming story, the commercial became so popular that NBC made a TV movie (“The Steeler and The Pittsburgh Kid”), humorous parodies were everywhere, the commercial aired overseas in multiple countries, and the Steelers maintained a longtime partnership with Coca-Cola.

According to the Nielsen Company, Chevy’s Camaro commercial “Wild Ride” (alternately known as “Miss Evelyn”) is the most watched Super Bowl ad of all time. Debuting during Super Bowl XLV in 2011, it featured two guys discussing, in a stream-of-consciousness way, their ideal Camaro commercial.

The commercial evolves right before our eyes, and ends with a twist — the “hot,” “redhead” driver is… a schoolteacher! The commercial was seen by 120 million consumers at one time, and featured all of the sports car-ad necessities — action, women and fast cars — but featured the aforementioned ending to make it memorable.

The first Budweiser Frogs ad appeared during Super Bowl XXIX in 1995 and featured the iconic and recognizable Budweiser Frogs, as the name suggests. Typically considered one of the five best Super Bowl ads of all time, the commercial featured three frogs — named “Bud,” “Weis” and “Er.” The frogs were puppet-like and would croak their respective names.

In the original ad, the frogs were in a swampy setting at night, and their random croaking eventually synced to name of the product — Budweiser — in front of a neon “Budweiser” sign. In a bit of controversy (due to the connection to alcohol), the frogs were so memorable that children recognized them as much as icons Ronald McDonald and Tony the Tiger.

Another Budweiser ad, “Brotherhood,” became one of the most memorable ads — not with comedy like the Budweiser Frogs, but with a tug at viewers’ heartstrings. It featured an old favorite: the Budweiser Clydesdale horses.

In this ad, a trainer raises a baby Clydesdale until the horse becomes a Budweiser Clydesdale, leaving the farm. At the end of the commercial, a now mature Clydesdale is shown in a parade, his one-time trainer and “brother” watching him, only to finish the parade and run after the trainer, whom he recognizes as an old friend. It’s a touching moment that sticks in our minds, and is rated as one of the two best ads from Super Bowl XLVII in 2013.

The “Miracle Stain” ad from Super Bowl XLVII in 2013 was another humorous spot that featured Tide’s stain-removing laundry detergent and a jersey with a stain that resembled Joe Montana. Finding inspiration from those who claim to see Jesus in their toast and other food items, Tide crafted a story that featured the appearance of the stain from some salsa on a chip. This led to the creation of “Montanaland” and Super Bowl prophecies for the 49ers, and ultimately culminated with the man’s wife (a fan of the 49ers’ Super Bowl opponent, the Ravens) using Tide to wash the stain out of the jersey.

A funny and relatable commercial came from Reebok in 2003 for Super Bowl XXXVII, “Terry Tate: Office Linebacker.” “Terrible” Terry Tate was just that, an office linebacker, who doled out painful punishments to anyone who didn’t obey office policies. His catch phrases, including “Pain train’s a-comin’ ” and “You kill the joe, you make some mo’,” were hilariously catchy as Terry spouted them after tackling his co-workers.

The concept spawned a series of commercials, further expanding on the exploits of “Terrible Terry” and his co-workers. As added comedy, every interview with Terry took place in the supplies closet, because he was also in charge of office supplies. As Terry would say, “When it’s game time, it’s pain time.”

A favorite of Super Bowl XLV in 2011 was Nissan’s “Darth Vader,” which featured a youngster in full Darth Vader costume attempting to use “The Force” on various household objects to the tune of the dramatic Imperial March (Vader’s theme music in the “Star Wars” movies).

The unsuccessful mini Vader is dejected by his lack of success, until his dad arrives home from work in a new VW Passat. The son rushes to the driveway and attempts to use “The Force” on the car, and is astounded when the car starts. It is revealed that his dad, in the kitchen, used the remote start feature, making it seem to his son as though “The Force” is working, winning our hearts in the process.

McDonald’s Around the World (McDonald’s)

Last on our list is McDonald’s “Around The World” ad from Super Bowl XLVII in 2010. McDonald’s chose to reinforce its brand awareness and global positioning with an ad illustrating the fact that no matter what country you’re in and what language you speak, you know McDonald’s.

While not particularly funny or touching, the faces on each non-English speaking individual as they realized what the English speaker was trying to say — “McDonalds” — were entertaining and memorable. Even in foreign countries, people love Big Macs.

According to Forbes, the 10 most valuable Super Bowls have brought in $1.7 billion dollars in total ad revenue, with Super XLVII in 2013 totaling more than $220 million. With the high price of ad slots and the sheer amount of consumers that see the ads, the pressure is on to create memorable and effective commercials. During Super Bowl XLVIII in February, expect more of the same great advertising.

Kristen Gramigna is Chief Marketing Officer for BluePay, a credit card processing firm, and also serves on its Board of Directors. She has more than 15 years experience in the bankcard industry in direct sales, sales management and marketing.