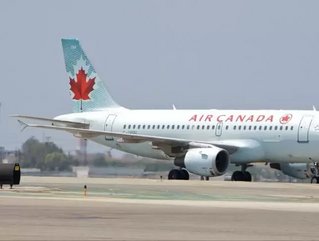 Air Canada has announced the signing of a new joint venture with Air China as it looks to significantly expand its presence in the fast-growing Chinese market.

“The Sino-Canada market is one of the important long-haul markets to Air China, which has been developed rapidly in recent years with an increase of 17.8% in 2017,” said Jiangjiang Cai, Chairman or Air China.

Off the back of this growth, China is forecast to become the most substantial air travel market by 2022, with Canada’s biggest airliner now well positioned to capitalize on this growth having signed the world’s first China-North America airline joint venture.

“Our joint venture agreement with Air China, the highly respected flag carrier of the People's Republic of China, is an important strategy in our global expansion,” said Calin Rovinescu, Air Canada’s President & CEO.

“Having served China for more than 30 years, and as demonstrated by Air Canada's average annual capacity growth of 12.5% over five years and the $2bn of aircraft assets currently committed on routes between Canada and China, China is an integral part of our global network.”

The latest announcement expands the existing codeshare agreement between the two airliners, increasing the number of Canada-China connecting flight opportunities for 564 customers each day.

In the past two years the two firms have launched Beijing-Montreal and Shanghai-Montreal direct flight routes, now operating up to 52 connecting flights in total between China and Canada on a weekly basis.

Further, in celebration of the deep ties between the two nations, 2018 was dubbed the Canada-China Year of Tourism by both countries - a year that will see a record number of Chinese visitors travelling to Canada.

“Air Canada is honoured to formalize this strategic partnership with Air China during the Canada-China Year of Tourism to offer customers travelling between our two countries an unparalleled network and expansive options for travel ease,” Rovinescu said.

The joint venture will now be phased in over the course of the next six months, providing Air Canada and Air China customers with a wider range of services, allowing for greater choice, flexibility and ease of travel.