Amazon shipped over 5bn items to Prime customers in 2017 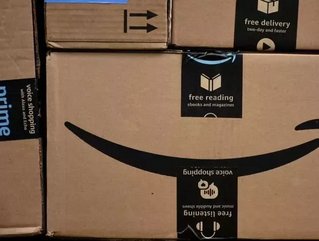 In an overview of the past year, Amazon revealed that it shipped more than 5bn items to Prime subscription customers throughout 2017 alone.

Within the announcement, entitled Best of Prime 2017, Amazon unveiled a range of feats that the company achieved in 2017, including record shipping levels and the expansion of its product range to more than 100mn items within the US.

“Tens of millions of members around the world enjoy the many benefits included with Prime, and in fact, more new paid members joined Prime worldwide this year than any previous year,” said Greg Greeley, Vice President, Amazon Prime. “In 2017, more than five billion items worldwide shipped with Prime and members used digital benefits like Prime Video, Prime Music and Prime Reading more than ever before.”

The Echo Dot and the Fire TV Stick were dubbed as Amazon’s best devices of the year, listing as the best selling products to Prime customers within the US. Further, The Grand Tour was named the best of Prime Video, whilst Believer by Imagine Dragons and The Handmaid’s Tale topped the Prime Music and Prime Reading categories respectively.

With a large number of successes in the past 12 months, Amazon has set the bar high going into 2018, with the company only expecting to outdo itself in the coming year.

“Our Best of Prime feature not only demonstrates what was trending this year, it also gives us insight into what members love, providing additional inspiration as we continue to innovate, invest and make Prime even better in 2018,” Greeley said.