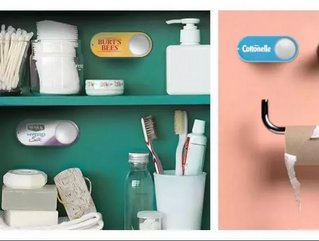 Is there a market for a hyper-targeted approach to e-commerce? Amazon thinks so. One year after its initial launch of the Amazon Dash Button, the e-commerce titan has announced that it has vastly expanded its lineup of Dash Buttons to include more than 100 top brands.

"We’re thrilled with the positive response we’ve seen for Dash Buttons—and we heard loud and clear from customers that they wanted more brands, more categories, and more products in the program. We’re excited to now offer over 100 Dash Buttons representing top-name brands across dozens of retail categories and thousands of product options,” said Daniel Rausch, Director of Amazon Dash, in a press release announcing the expansion plan. "Prime members are using Dash Buttons at an increasing rate—over the last three months, Dash Button orders have grown by more than 75%. Customers are using Dash Buttons more than once a minute, helping ensure they never run out of their everyday essentials.”

“PepsiCo is always looking for new and innovative ways for shoppers to engage with our brands…the Dash Button was one of those unique opportunities,” added David Orr, Global Customer Lead, PepsiCo. “We have been very pleased with shopper feedback and engagement since the launch and look forward to expanded learnings moving forward.”

As the world of commerce becomes increasingly digitized, the thought of introducing physical mechanisms for ordering looked anachronistic at first glance—a year ago, it was hard for many users to believe that Amazon Dash wasn’t an April Fool’s Day prank. But this time around, the positive results prove that with this convenient approach to e-commerce Amazon has found retail success yet again.