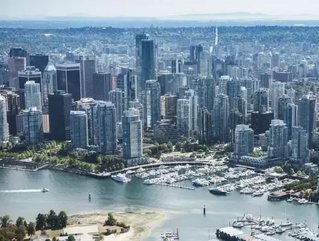 With Amazon switching much of its focus to Canada in the aim of capitalising on the country’s unfulfilled ecommerce potential, the commercial giant’s ambitions could pay off big for the nation’s technology sector.

The company has been heavily linked with two factory leases in Vancouver and Toronto, whilst simultaneously listing up 300 highly skilled tech jobs in Vancouver alone, looking to secure the workforce to power its regional ambitions.

These jobs titles that Amazon have listed include software development engineers, research scientists, and data engineers.

The marketplace is attractive to the ecommerce company both in terms of business population and commercial value, with Amazon able to tap into the market potential of Prime subscribers and other more merchant orientated Amazon Web Services.

The likes of Microsoft, Amazon and Apple have all similarly been drawn to Canada’s big cities for the same reasons, with Vancouver being particularly attractive due to its geographical location.

The city is within close proximity of Seattle and in line with the time zone of Silicon Valley further south, with both of these US cities being renowned as key tech hubs of the United States.

Furthermore, Vancouver real estate is still significantly cheaper than other US cities, making Amazon’s expansion a logical move with the city’s growing tech base and its relatively cheap costs.

Indeed, there has been a significant housing boom in Canada’s major cities of late, however, this merely reflects the growing potential that people and businesses are seeing in the country, something that Amazon has also recognised.