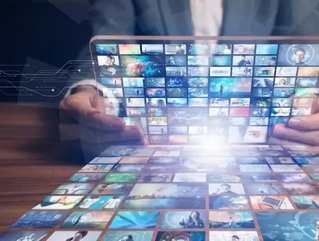 AT&T, which acquired Time Warner in an US$85mn deal in June this year, has announced its plans to launch a competitive streaming service in Q4 2019
The telecoms giant plans to take on Netflix for a share of the on-demand TV market, and has enlisted HBO as its lead brand according to CNBC.
Warner Media CEO John Stankey said in a statement on 10 October:
“This is another benefit of the AT&T/Time Warner merger, and we are committed to launching a compelling and competitive product that will serve as a complement to our existing businesses and help us to expand our reach by offering a new choice for entertainment with the WarnerMedia collection of films, television series, libraries, documentaries and animation loved by consumers around the world.”
See more:
He added: “We expect to create such a compelling product that it will help distributors increase consumer penetration of their current packages and help us successfully reach more customers.”
CNBC said that the service, with HBO as its anchor, “will host all of WarnerMedia’s other properties, including movie and TV franchises.”
AT&T and Time Warner have not announced any specific content that the new service will host, although CNBC quoted Stankey as saying, “We know there’s customers who love to engage with our content – we’ve got a great history of building it – much of which they can’t get in one place.”
HBO already has streaming services in HBO Go and HBO Now, and it is not clear whether they will run alongside the new service or form part of it.
AT&TnetflixTime Warnerstreaming
Share
Share