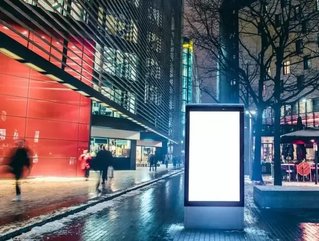 Xandr, AT&T’s “new kind of advertising company” has officially launched
The new firm will incorporate AT&T’s existing advertising and analytics businesses, including its advanced TV business, AT&T AdWorks, ATT.net, and AppNexus.
All of these businesses will continue to operate under Xandr’s name, supporting existing customers in the US and internationally.
Xandr CEO Brian Lesser said:
“Xandr is a name that draws inspiration from AT&T’s rich history, including its founder Alexander Graham Bell, while imagining how to innovate and solve new challenges for the future of advertising”.
“Our purpose is to Make Advertising Matter and to connect people with the brands and content they care about”.
AT&T’s statement said that Xandr has four advantages that differentiate it from the competition: data, premium content, advanced advertising technology, and AT&T’s widespread distribution to over 170mn customers.
See more:
Xandr has also entered agreements with Altice USA and Frontier Communications “to aggregate and sell their national addressable TV advertising inventory”.
Addressable TV advertising technology allows for targeted household-specific advertising, meaning that two households viewing the same channel at the same time may see different advertisements.
“By combining data with advertising technology, addressable TV allows advertisers to more effectively reach their audiences without the wasted spend associated with traditional, non-targeted TV”, AT&T said.
The firm said that Xandr is committed to personalization, and has backed this by teaming up with Insight Strategy Group and Advertiser Perceptions.
This alliance has enabled Xandr “to conduct surveys and on-the-ground ethnographies in order to understand the dynamics between customer sentiment and the advertising experience”.
AT&TTelecommunicationsadvertisingMarketing
Share
Share