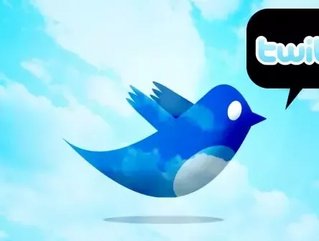 In this day and age, information travels faster than the speed of light. The birth of the Internet brought forth a whole new forum in which to exchange ideas and information – and along with that came social media, which has transformed the way we communicate forever.

With information so readily available it’s getting more difficult to keep things a secret – particularly election results. This is why during this spring’s federal election campaign, Elections Canada attempted to enforce a ban on the “tweeting” and “Facebooking” of any regional election results before the polls had closed in British Colombia. This ban also prohibited mainstream media outlets from reporting results on their commercial websites.

This ban is the result of Elections Canada, which is a non-partisan agency that administers Canada’s federal elections, enforcing a section in the Canada Elections Act mandating that nobody announce or send messages about the election results until all the polls are closed.

But the interesting thing about this law is that it was originally enacted in 1938 to prevent radio stations from prematurely transmitting election results, to avert influencing voter behavior on the west coast by the east coast, as the polls close up to four-and-a-half hours later on the west coast.

However, the world of media has drastically evolved since 1938. This law wasn’t exactly devised for Facebook, Twitter or other forms of social media. With so many potential sources of information today it’s difficult to enforce this law, but Elections Canada says that public messages on social networks could be interpreted as breaking the Canada Elections Act.

And what happens if you’re found breaking this Canada Elections Act? There could be a potential $25,000 fine and up to five years in prison. Quite a hefty punishment, but Elections Canada doesn’t really have a choice; it simply has to enforce the laws that are on the books. The agency says it doesn’t plan on monitoring Twitter streams, but if it receives complaints the Elections Canada Commissioner has to investigate them.

Canadian citizens, particularly Twitter users, were outraged by this law and during this past May elections protested by Tweeting, blogging and using social media to discuss election results to defy this outdated law.

This defiance generated some words of wisdom from Elections Canada to Canadians, particularly Canadian parliamentarians, about the future of such reporting bans, in this relatively new social media world.

“Social media such as YouTube, Facebook and Twitter – is transforming communications both outside and during elections,” says the report, according to Edmonton Journal. “In this rapidly evolving context, the relevance of the existing legal framework must be reconsidered.”

“….the growing use of social media puts in question not only the practical enforceability of the rule, but also its very intelligibility and usefulness in a world where the distinction between private communication and public transmission is quickly eroding.”

This is true. In a world where the lines between public and private information are blurred and where everyone with a computer can be a “reporter,” the rules that were once used to govern print and broadcast media are now void. Therefore, the Chief Electoral Officer is advising Parliament “to consider revoking the current rule,” says Edmonton Journal.

The world of media has rapidly evolved throughout the past few years and the laws pertaining to it must keep up, in order to remain valid.