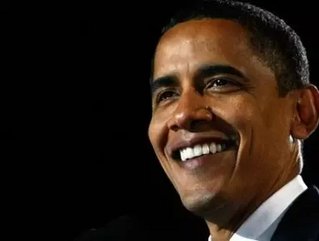 On Monday, Obama’s campaign joined the likes of Garfield Minus Garfield, Kim Jong-il Looking at Things and Fugly Android on Tumblr—the microblogging platform/website that has exploded to 8.4 billion page views per month since its emergence in 2007.

While Tumblr hosts its share of silly viral gems, it has also drawn in users like Lady Gaga, The New York Times Style Magazine and the Occupy Wall Street Movement and has proven to be an effective marketing and information sharing tool.

Obama’s Tumblr, found at http://barackobama.tumblr.com/ is not, of course, written by the man himself, but by his staffers working primarily out of Chicago.

The account’s first entry invites the nation to ask questions and share stories, photos and jokes through Tumblr’s submission feature.

“We’d like this Tumblr to be a huge collaborative storytelling effort—a place for people across the country to share what’s going on in our respective corners of it and how we’re getting involved in this campaign to keep making it better,” the post reads.

The campaign may be new to Tumblr, but it’s already prepared for the Internet’s inevitabilities.

“There will be trolls among you: this we know,” the blog reads. “We ask only that you remember that we’re people—fairly nice ones—and that your mother would want you to be polite.”