Be Careful What You Eat: Chicken Farm in Canada Quarantined 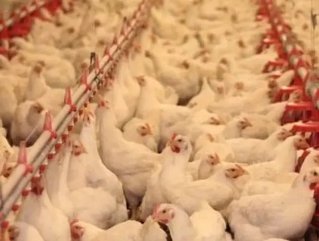 Canadian health officials have recently quarantined a second chicken farm in Ontario after early testing has proven that the presence of the H5 avian influenza. According to the Canadian Food Inspection Agency, tests were conducted last Friday after the abrupt deaths of some chickens. The various tests that were conducted quickly concluded that the virus was present.

RECENT TOPIC: The Most Congested Cities in Canada and How to Improve Your Daily Commute

The Canadian Food Inspection Agency later confirmed that all of the poultry on said farm would be destroyed. As well, more tests are currently being conducted to hopefully place the exact type of virus, as well as the strain.

Highly common among birds, several farms located in the British Columbia area were hit with the same disease just last year. Furthermore, examples of the disease have also recently been confirmed at Canadian turkey farms in Ottawa.

Avian influenza is a highly infectious viral disease of birds. Interestingly enough, most bird flu viruses do not infect humans or pose a food safety risk if the poultry products are properly handled and cooked.

Concerning the virus found earlier this month on the turkey farm, the highly pathogenic H5N2 strain was found, which is quite similar to one that has recently been found throughout the United States. Specifically, this virus has been found in areas that stretch from Oregon to Arkansas.