BlackBerry Messenger May Be Restricted in the UK 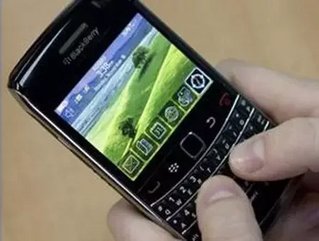 The British Government is considering social media and BlackBerry Messenger restrictions to prevent unrest. The recent riots in London and its surrounding areas in the UK has sparked this discussion of a potential crackdown.

Starting as a peaceful protest based on the fatal shooting of a resident on August 4th, violence broke out  and thus started a multiple day riot all across London and beyond, including Liverpool and Bristol, that resulted in looting, arson and vandalism.

As social media and BlackBerry Messenger were heavily used in spreading word about the London riots and allowed those participating to communicate and incite further unrest, it’s easy to see why Prime Minister David Cameron is coming to this conclusion.

In a statement to the House of Commons on August 11th, David Cameron explained his thoughts. “Mr Speaker, everyone watching these horrific actions will be struck by how they were organised via social media. Free flow of information can be used for good. But it can also be used for ill. And when people are using social media for violence we need to stop them.”

The Prime Minister and the British Government is currently, in collaboration with the Police and intelligence services, looking as if it would be plausible to stop communication via websites, such as Twitter, and services, such as BlackBerry Messenger once known they’re plotting violence, disorder and criminality.

What this means for the UK’s public and corporations such as Research In Motion is too soon to tell. But it is clear that the use of social media and mobile communication in these riots and the consideration of the British Parliament  will have a strong effect on communication and its potential in the future.