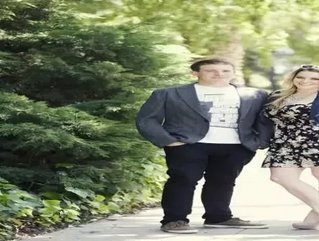 Amanda and Matt MacNaughton are the sibling powerhouse behind the social media buzzing, campaign-linking, celebrity tweeting social marketing platform site, Promojam that has taken advantage of Twitter to increase their clients’ online visibility. Although the website was only established in 2009, the Company’s successes have been overwhelming and have hit mainstream social media users.

Amanda had been in the public relations industry for seven years and Matt held a post as product manager for Interscope Records. They decided to follow through with their dream and start their own company.

“The genesis behind Promojam came from my experience at Interscope while doing album premiers and events with artists to find a new audience,” Matt says. “A lot of these bands didn’t have a clue who their audience was and didn’t know the real reach of their audience.”

BRANDING A BUSINESS
Promojam’s first campaign was a tweet-to-download push for Travis Barker and DJ AM who wanted to release a mixed tape by using Twitter. “The band wanted to give away their music to fans and create value to the mixed tape by getting consumers to market the songs to their friends and followers on Twitter,” Matt says.
Promojam makes custom promotions for clients to share with their Twitter followers. Users can tweet these links to receive free music downloads, access to discounts on products, enter to win contests, while at the same time, broadening the awareness about a company or cross promotion.

“This is just a modern way for social media to work for a business to create value and revenue,” Amanda said. “It’s the same way a brand is marketed when a woman carries a Gucci purse or a kid wears a band shirt they bought at a concert. In addition to wearing brands, kids are using social media to show their interests.”
Because brands and musical groups want an effective way to control their messages to consumers, Promojam and their campaigns make it easier to track successes from the business and consumers’ perspectives. “Like many business owners, they don’t have a ton of time to design a platform for a similar campaign,” Amanda says. “We have simplified packages that are more effective, plug and play, and within minutes, a Twitter promotion can be made online.”

SUCCESS STORIES
Promojam campaigns started in the music industry but the duo are expanding to multiple business verticals since it’s not just musical executives who are looking to use social media to increase their revenue and followers.

The Company recently wrapped up a Twitter campaign with E! Online and the Kardashian sisters, who gave away iTunes gift cards for one week. The tweet reached nine million people in one week, which averaged about 15 tweets promoting the campaign per second.

Footwear designer K-SWISS and “Biggest Loser” coach, Jillian Michaels, also hosted a one-day flash sale where twitter followers could tweet about a promotion to receive a 20 percent discount. “In one day, K-SWISS had $12,000 in sales, which was unheard of for that company,” Amanda says. “This just shows the sheer nature of social media and how revenue can deeply benefit from it.”

“We’ve noticed that business executives want to interact with their customers from a social media platform but are confused on how to do it and how to make money,” she continues. “We’ve figured out how to make social media work with a company’s revenue and customer goals.”

Promojam is currently working on expanding their client base and platforms to include MySpace and LinkedIn to share current campaigns. Additionally, in the next few months, the company will launch Promojam perks, a webpage where consumers can see consumer deals in an exchange for a tweet.

To date, Promojam has reached more than 45 million Twitter users and both Matt and Amanda believe their successes were due to their courage to transform social media into a mode for creating revenue. “We also have an incredible network of industry professionals behind us who helped our company’s success,” Matt says. “When you have an idea for a great business, look to those first who you already have a connection with, get on the phone and take meetings with them. Take chances when you have a great business idea.”