Can other TV executives learn from Game of Thrones' finale example? 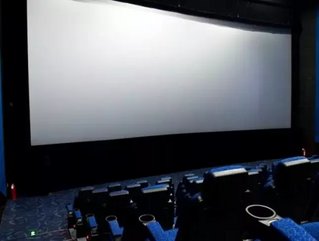 Are you a big Game of Thrones fan? The famous fantasy series that has been broadcasted on HBO for the past five years is altering how viewers can watch or re-watch the fifth season finale. But will this new marketing practice help the veteran program gain more viewers? And should other TV executives take note of this particular practice?

What exactly is Game of Thrones doing that is so different? On Sunday, June 14, the season five finale of the widely popular show will be available to watch in movie theatres. Specifically, Cineplex movie theatres will be offering fans the opportunity to view the episode in various locations throughout Canada. It’s been reported that more than 70 theatres will offer showings, with free tickets being made available on Wednesday, May 27th on a first-come-first-serve basis.

RECENT TOPIC: If Family Dollar comes to Canada, should other stores be concerned?

Interestingly enough, this isn’t the first time an episode of Game of Throne’s has been viewed in movie theatres. Just last year, the season four finale was shown across Canada in 29 theatres; more than 11,000 tickets were claimed within days. And the number of tickets that are expected to be claimed this time around is only more!

Since debuting in 2011, Game of Thrones has not only become HBO’s most popular TV series (beating out The Sopranos and Sex and the City), but it has also become the most pirated show in history. And on June 14th, fans won’t only be able to see favorite characters on the big screen, but they will also get a chance to view episode 9 of the current season and previews of upcoming HBO shows that include the second season of True Detective and Ballers, which stars Dwayne “The Rock” Johnson.

But is this marketing tool a way to increase the show’s viewership? Or is it simply a way to show fan appreciation? Unfortunately, the answer is still unknown. While, this definitely could be an attempt from HBO to get more people to watch Game of Thrones and future television programs, it’s also plausible that this event is just for the fans.

RECENT TOPIC: The concern of excess baggage: Will Air Canada’s carry-on rule change how you travel?

But in the chance that this technique does increase viewership or at least spark interest in future programs, should other TV executives take notice and perhaps follow the example?

Sunnyside, Between and Game On are just a handful of Canadian TV shows that are currently airing. Could offering viewings of these shows in theatres create more buzz and more households to watch the shows in their living rooms?

Maybe Canadian TV executives should take the same approach, except flip it around. In order for a show to do well, it needs to be talked about—specifically, there needs to be a certain amount of anticipation created regarding the premiere. Therefore, executives should consider broadcasting the first episode of new shows in theatres. Creating an event around a show that hasn’t yet started could potentially establish a larger and more faithful viewership.

RECENT TOPIC: [INFOGRAPHIC] Learn about online marketing for your business