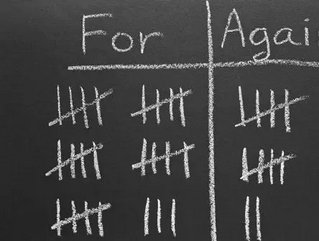 The Canadian government has reversed its ban on reporting early election results before all polls close. The ban was originally created in 1938 in an effort to prevent the voting results of Eastern Canada, which is three hours ahead, from affecting the later votes of Western Canadians.

However the development of the Internet and social media sites like Twitter and Facebook has made enforcing this information ban a huge headache for the Canadian government and the Elections Canada officials.

Life After Death Online, What Will Your Online Legacy Say About You?

"This ban, which was enacted in 1938, is out of place and unenforceable," said Tim Uppal, Junior Minister for Democratic Reform at a news conference today.

Ironically minutes before the conference, Uppal used his Twitter @MinTimUppal handle to announce the change in policy.

Reversing the ban legalizes the use of email, Facebook and Twitter to inform about election results; upholding Canadians’ freedom of expression, according to Uppal.

The Conservative government will implement the new law before the October 2015 federal election and news agencies and broadcast outlets will be able to publish results in real-time.

Last year’s election underscored the difficulty of enforcing the ban, with varied rulebreakers from the #tweettheresults Twitter page to CBC, the national broadcaster, who accidently released election results before realizing that the polls hadn't yet closed. These offenders faced up to five years in prison and fines up to $25,000. However no charges were made probably due to the difficulty and hassle of tracking down so many offenders.