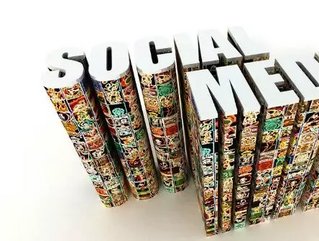 The May edition of The Business Review North American is now live!

Canada has been a leader in social media adoption since 2001 when more than 40% off the nation's population had plugged in to Facebook or Twitter. By 2012 almost half of the population had joined and by 2014 it is estimated at current growth fully 53% of Canadians will be on social media.

With all of the people in Canada that have joined the social media frenzy, you'd assume that most businesses have, too. Well, that assumption would be incorrect.

Sure, many businesses have websites. However more people check businesses and their ratings through social networking than through static webpages. A website is still a great idea, people can find out all of the business or product information on a static website.

But social media allows businesses to interact with customers in a more personal way.

Let's look at who is doing it right in Canada.

That's right, the Toronto Transit Commission or TTC is making use of social media. They're also doing it better than most.

Their regular website is social and encourages people to like or follow them on other networks. When there are delays or other transit information the TTC posts or tweets the information. Not only can commuters find out through social networks, the TTC offers SMS messaging. While waiting for a train commuters can text their destination to the TTC and receive a reply on when their next train will arrive.

This airline uses social networking to engage potential customers, communicate delays, and showcase discounts. Porter Airlines began in 2006 as an affordable airline and alternative to the bigger, well-known companies. The airline uses Twitter more than Facebook in order to put fast-paced information out for customers on the go.

Do you love poutine? Maybe you've never heard of the Canadian comfort food.

Poutine is a very Canadian fare made up of french fries and cheese curds smothered in gravy. The dish is so popular that there are restaurants devoted to just poutine- Smoke's is one of them.

Smoke's is well known for sharing discount menu items, events, and more on their Facebook and Twitter accounts. There's an annual poutine eating contest which is advertised on their Facebook landing page. People visiting the page can receive a free ticket and even free poutine for a 'like'.

More businesses have been encouraged by Canadian citizens that wonder why there isn't a move toward more social businesses.

Social media makes it easier for customers to interact with a company. Answers to questions, customer service in general is easier in real time. Not only that, social networking can be a very economical way to generate word of mouth advertising.

So, is your business getting it right when it comes to social media?

About the Author: Tina Samuels writes on billfloat, social media, and small business.