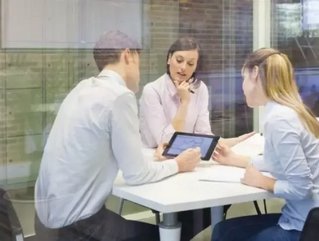 With entrepreneurial enlightenment in mind, here are a handful of Canadian entrepreneurs and how they came to be successful:

Canada's Top Entrepreneurs of the Century

A century is a long time, but the last 100 years was an important time for industry in Canada.

Empires were built during this time, which is why it's an important period to study entrepreneurs who made their franchises and companies last for the long haul, giving you some ideas on sending your business down the same road.

• Canadian Tire - Founded in 1922, the Billes brothers started one of the most successful tire franchises in Canada with just $1,800 and an old garage. By turning a common tire shop into a mail order tire and parts store, these entrepreneurs built Canadian Tire, which is still a sales leader to this day.

• Tim Hortons - Everyone's favorite doughnut and coffee shop became one of the first major restaurant franchises in Canada in 1967. Founder Ron Joyce pushed the idea of franchising the small restaurant in the early 70s and now there are more than 4,000 stores in Canada and the U.S.

• Mike Lazaridis - Although he's probably not a household name like Mark Zuckerburg or Bill Gates, Lazaridis turned his love for electrical engineering into developing the BlackBerry, one of the world's first smartphones. He's not a franchise owner, but he's a boundary-pushing entrepreneur.

As the following article looks at, what exactly is the secret to success for entrepreneurs who are up and coming?

• Sassy Cassy's Boots - Cassandra Rush founded her boot company in 2009 only to be named Entrepreneur of the Year a year later. She started offering boots of different calf sizes because she knew no other company did.

There are a number of pointers entrepreneurs pick up on as they're building their companies. Whether these entrepreneurs own franchises or tech companies, the secret of success all starts with passion.

When entrepreneurs love what they do, it makes those 70-hour workweeks worth it.

Likewise, using innovative ideas to solve common business problems is another important tip to remember. This comes from building a loyal, committed team around the business.

Finally, putting quality first is the true mark of a great entrepreneur.

No matter how long the days or how many bumps there are in the road to success, making sure quality goes along with every product and service is the key to a successful business.

About the Author: Adam Groff is a freelance writer and creator of content. He writes on a variety of topics including small business and entrepreneurship.