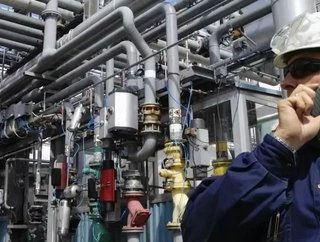 A poor advertising decision has backfired on Canada Oil Sands Community. A poster produced by the advocacy group featuring the lines “in Canada lesbians are considered hot! In Saudi Arabia if you’re a lesbian you die!” has been lambasted online.

“Why are we getting our oil from countries that don’t think lesbians are hot?! Choose equality! Choose Canadian oil!”, the online poster continues. The Canada Oil Sands Community is a spinoff group seeking to advocate for the beleaguered industry on social media. It’s founder Robbie Picard has been left surprised by the backlash.

“(We used) a random stock image, but the point was to draw attention to the bigger issue. I was surprised there was so much response to it,” he said.

“Why is it that we have such an issue supporting our own oil? Fighting amongst ourselves over pipeline approvals, yet we turn a blind eye to the mass massacre of gays and lesbians in Saudi Arabia? If you’re gay there, they will throw you out of a window. They will hang you,” he said.

If his goal was to draw attention to the differences between Saudi Arabia and Canada on LGBTQ issues, this is not the way to go about it, said Carla Bertsch, a lesbian social worker who works on gender and sexuality issues in Calgary.

“That message is lost in his advertisement. That message does not come out for me, this is just an advertisement that oversexualizes women,” she said, a member of Calgary Social Workers for Social Justice.

Picard was recently featured in an article in Alberta Oil magazine in which he discussed the diversity of the oil-driven boomtown.

SOURCE: [The Globe and Mail]