China satisfies its hunger for Canadian lobster through JD.com 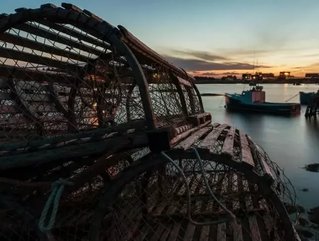 Export numbers for Canadian lobster continue to grow at a remarkable rate, with access to the market now available through major Chinese e-commerce platform JD.com.

140,000 live lobsters were recently sold through the website – one of the biggest platforms of its kind in the world - in a 24-hour period as China’s desire for the crustacean shows no sign of abating.

It measures second to the United States in terms of its lobster imports from Canada, with demand quickly rising among consumers since 2011.

Six years ago, it imported around $27.5mn worth of lobster from the Atlantic shores, with that figure now understood to be in the region of $162.8mn.

The opportunities via web sales have been a catalyst behind such growth, with retailers such as iseafoods.com joining JD in marketing it as a product online.

At the end of July, JD will be presenting the benefits of selling through its platform to businesses in Toronto, Montreal and Vancouver.

Prime Minister Justin Trudeau recently did his bit to further boost the trade route, posing for a photograph with Jack Ma, President of the online giant Alibaba - with the pair each holding a lobster.

The US has also benefitted from the culinary desires of the Chinese, with Maine landing a record-breaking $533mn for its haul in 2016.

Australia, China’s previous primary source, has seen a decline in its lobster population by half - another factor behind its focus on the North American market.