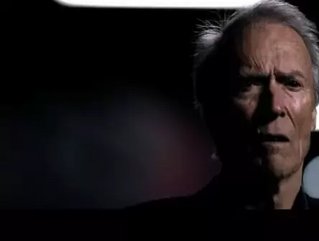 For the second year in a row, Chrysler captivated the Super Bowl audience with a two-minute, cinematic commercial that shines a light on the rebirth of the automaker and the city of Detroit.

“It’s Halftime in America” ran, appropriately, during the game’s halftime commercial break and proved to be as inspirational and grit-stirring as an underdog coach’s locker room pep talk.

“This country can’t be knocked out with one punch,” Clint Eastwood’s gravelly voice proclaims. “We get right back up again, and when we do, the world’s gonna hear the roar of our engines. It’s halftime, America—and our second half’s about to begin.”

The social media buzz surrounding Chrysler’s ad has carried on through Monday, with some declaring it the best ad of the night and others criticizing what they believe to be a thinly veiled political slant.

“I think we need to be careful, and God knows, I mean I can’t stop anybody from associating themselves with a message, but it was not intended to be any type of political overture on our part," Marchionne says. "The message is sufficiently universal and neutral that it should be appealing to everybody in this country, and I sincerely hope that it doesn’t get utilized as political fodder in a debate.”

While Chrysler’s spot was certainly successful in terms of public captivation, it was actually Doritos that won the distinction of best commercial in USA Today’s annual Super Bowl Ad Meter consumer panel.

Friedman says he borrowed a friend’s Great Dane and spent only $20 on dog treats, a cat collar and a bag of Doritos to film the ad. It was an indisputably wise investment; Doritos is rewarding him with a $1 million cash prize and a guaranteed future project with The Lonely Island—the hit-making comedy group led by Saturday Night Live’s Andy Samberg.

The Crash the Super Bowl promotion just may be the most brilliant thing the Doritos marketing team has ever developed. Doritos just has to foot the (admittedly substantial) broadcast bill while the public eagerly does all the legwork. Crash the Super Bowl ads have nabbed the number one USA Today Ad Meter spot three times in the last four years.

“For us, this reinforces the fact that this is turning into a bit of a franchise,” says Tony Matta, Vice President of Marketing for Frito-Lay North America, which produces Doritos. “You don’t have to be a professional filmmaker or a professional ad agency to compete with the best [ad makers] in the world and take home the biggest prize.”